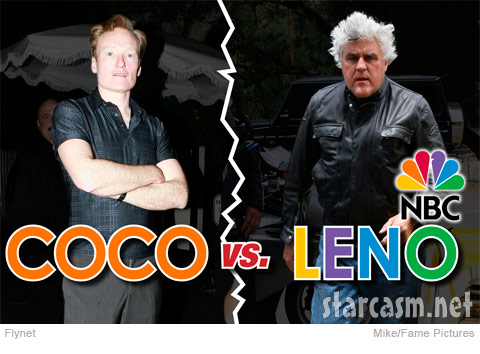 NBC has reportedly reached a payout deal with Conan O’Brien worth $30 million, this according to “individuals involved in the negotiations” who have talked to TheWrap.com.

According to the site, Universal COO Ron Meyer stepped in to broker a deal between the two sides after negotiations had stalled. The stalemate stems from NBC’s desire to bump The Tonight Show and host Conan O’Brien back one half hour to 12:05am and whether or not, under the terms of O’Brien’s contract, they had the right to do so.

All reports indicate there was no specific timeslot guarantee in Conan O’Brien’s contract, as there is in the contracts of his compatriots like Letterman and Leno, but Conan’s legal team argues that it was assumed that The Tonight Show would air at the same time, which is 11:30pm. So, what it sounds like is that Leigh Brecheen at Bloom Hergott (O’Brien’s attorney) kinda screwed the pooch here. But, Conan has been helped out by the immense backlash against NBC and Jay Leno, which only seems to pick up more and more steam every day. Regardless of whether or not they had a legal right to force Conan to move, they had to find someway to end the circus sooner rather than later.

First reports said the deal was expected to be announced last night, but now TMZ is reporting the announcement is likely to come this afternoon: “We’re told NBC has already given Conan’s lawyers a draft of the agreement and his hired guns were going over it Friday night. The deal should be finalized Saturday,” says the site.

Seemingly lost in the shuffle are the members of Conan O’Brien’s current staff, who according to a source for The New York Post, are getting stiffed and aren’t too happy about it!

“They all uprooted their lives and their families’ lives to move to LA for him, and now they feel like they have simply been forgotten,” the insider said. “There are 200 people losing their jobs while he walks off with a payoff worth $30 million. The mood on set and backstage is dismal.”

The source goes on to say that a large number of staff members were upset that Conan didn’t give the 12:05am timeslot a chance and they blame it on the host’s ego.

Though most of his staff would follow him if Conan decides to do another show on another network, there are reports that the deal he has worked out with NBC will contain some sort of non-compete period which will probably be at least six months, during which Conan’s staff won’t be able to work.

This whole debacle seems to have turned into a spin game with the final victory going to the person and/or company that appears to be the lesser jerk. Right now the least jerky is Conan, but he tide could shift back in NBC’s favor if he really does leave his staff out to dry.

We will all know more soon. Stay tuned!