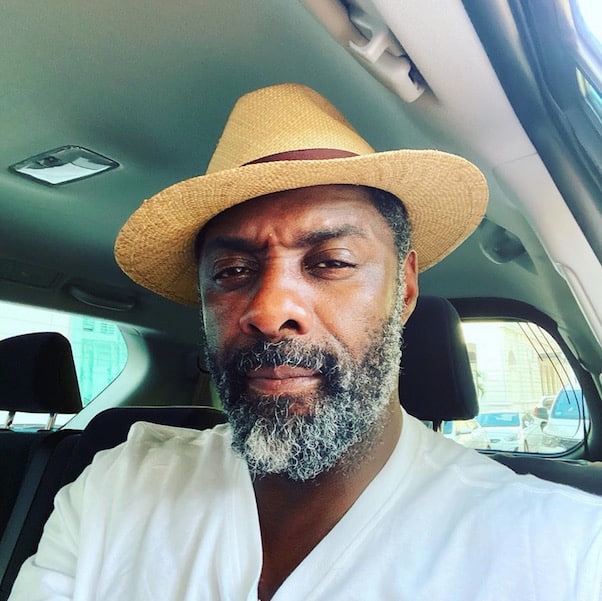 THE BLAST – In yet another sign that this is the dumbest of all possible worlds, evidently there’s a growing belief that celebrities? are being paid? to say they have coronavirus? The celebrity coronavirus conspiracy is I guess supposed to prove that this is all just media hype, though the families of the 20,000 people who’ve died of the disease so far would probably beg to differ. Anyway Idris Elba called the conspiracy “absolute bullshit,” which would end this whole non-debate if he were already James Bond

CELEBITCHY – And speaking of conspiracy theories, walking superliminal message Donald Trump now thinks this whole quarantine thing has gone on long enough, and America needs to “reopen” its economy before more fantastically wealthy people become just boring old regular wealthy. For those of you keeping track, it was two weeks — from March 9 to March 22 — that Trump took COVID-19 seriously. The last time my four-year-old wanted a big special toy, the kid had to help clean up the playroom every day for three weeks to get it. It took three weeks because there were some setbacks, but this child did it. So the next time you see someone compare Trump’s temperament to that of a little kid, correct them

JEZEBEL – In more dire economic news, Texas Lieutenant Governor Dan Patrick said he believes America’s grandparents — the people at highest risk for coronaviral infection — are 100% willing to die when we “reopen” the economy by sending people back into their petri dish workplaces, because their deaths will have saved the economy for the grandkids those now-dead grandparents will no longer be able to play with or hug or spoil rotten. Because they’ll be dead

DLISTED – Britney Spears shared a quote about love and community by the writer Mimi Zhu and because the quote contains the phrase “re-distribute wealth” now there’s just a ton of clickbait-y pieces out there detailing Britney’s newfound role as a comrade. But you know what, that’s actually fine right now, because…

VOX – …the economic outlook for your favorite websites isn’t especially rosy right now, either. Generally speaking, traffic is up everywhere, because people have more time on their hands; but ad revenue is down and dropping because when companies have to contract suddenly and severely, advertising budgets are always among the first things to get slashed. This is all by way of saying that if you can find it in your heart to read a click on more pages than normal the next time you’re on the toilet, to share an extra article or two with an old friend who you know loves some trashy TV, to recommend a new site or two to a distant cousin via text or a goofy neighbor from a safe 6+ foot distance, it would mean a lot to the people who write for those sites

REALITY TEA – In more upbeat gossip: both Vanderpump Rules stars Brandi Glanville and Scheana Marie have now both confirmed that they slept with an unnamed actor from The Notebook. All we can say for sure is that Scheana appeared to shoot down the possibility that it was James Marsden. Let the speculation commence

THE BLEMISH – It’s been four years since the peak of the Taylor Swift-Kanye West feud, but these are even stranger, more dire times, so some anonymous benefactor revealed the (almost) full phone call between the two while Kanye was working on his now-infamous track “Reputation.” Depending on whose side of the feud you’re on, you can kinda convince yourself that the new audio proves either Kanye or Taylor was in the right all along

LAINEY GOSSIP – Not that that’s stopping Taylor Swift and Kim Kardashian from going back at it. This is my favorite headline of the day so far: “Taylor vs Kim: A Social Distancing Petty-Off”

GO FUG YOURSELF – In further Kim Kardashian news, the 2020 Fug Madness top seed has been dominating the early rounds, but she’s now up against some of the truly questionable fashion decisions that Winnie Harlow made last year

THE ASHLEY’S REALITY ROUNDUP – Finally, some financial pettiness in the high-gloss world of televised home renovation: “Former Flipping Out Star Jeff Lewis is Being Sued By Ex Gage Edward for Allegedly Failing to Repay $125,000 Loan”