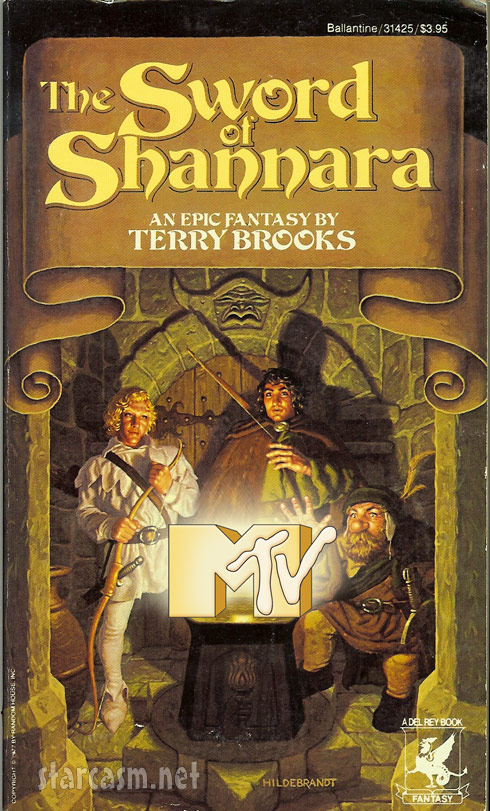 MTV had a good deal of success venturing into the supernatural realm for their scripted series Teen Wolf and now they are apparently looking to follow that success by adapting the biggest-selling series of fantasy books to never be adapted to small or big screen! The network announced today they are developing a small screen adaptation of Terry Brooks’ epic Shannara series and they are pulling in some SERIOUS big guns with Jon Favreau (Iron Man, Zathura) on board to direct and Al Gough and Miles Millar (Smallville, Spider-Man 2) slated to write!

I confess I’m a Shannara fanboy, and if you would have just told me the series was going to be a TV series on cable (with no more information) I would have been all aboard the hater train shaking my damn head. But, Jon Favreau is the real deal and knows how to handle grand-scale CGI while maintaining a great narrative, and Gough and Millar are also tried and true. Plus, Terry Brooks is reportedly on board to executive produce so I’m guessing everything will be going through him. In other words, I am at the station watching the hater train head on down the tracks! I’ve got my ticket punched for the Giddy Fanboy Optimist Express! Actually a better name might be the Shannarange Blossom Special. 🙂

Here’s the full press release from MTV and Sonar Entertainment:

President of MTV Programming Susanne Daniels said “I am thrilled to be working with the “Smallville” creators Al and Miles again along with the amazingly talented Jon Favreau. We feel that the Shannara novels are a perfect fit for MTV as this type of fantasy genre has continuously proved to resonate with our audience.”

Sonar Entertainment CEO Stewart Till said “This collaboration with MTV, combined with the amazing creative talent attached to this project, including our existing relationship with Terry Brooks and Dan Farah of Farah Films, gives us tremendous confidence that we have a potential hit property with appeal to audiences worldwide. This deal also reflects Sonar’s emerging strategy to become a leading supplier of groundbreaking series programming.”

SHANNARA is set in our world, thousands of years after the destruction of our civilization. The story is centered on the Shannara family, whose descendants are empowered with ancient magic and whose adventures continuously reshape the future of the world. Should the show go to series, producers plan to base the show’s first season on “The Elfstones of Shannara,” the second title in the series, a fan favorite which spent 16 weeks on the New York Times Bestseller list and is accredited with cementing the series place in the fantasy world.

The SHANNARA books are estimated to be the highest-selling un-adapted fantasy book series in the world. Terry Brooks is considered to be the second highest-selling living fantasy author, after Harry Potter author J.K. Rowling. More than thirty years after the release of the first SHANNARA novel, Terry Brooks’ latest additions to the series continue to be international best sellers. Another three books are set to be published in 2014.

“I believe we have formed the perfect team to bring SHANNARA to life on screen” said Brooks. “The adaptation of these books is very important to me, and I believe we are on the right track in our endeavor to create an epic television series that both new and old fans of the books will love.”

Sonar Entertainment, Inc. is a leading developer, producer and distributor of award-winning television series, mini-series and movies for the global television marketplace. Sonar owns rights to over 1,000 titles comprising more than 3,500 broadcast hours of programming. The company maintains strategic creative and licensing partnerships with producers and broadcasters throughout the world. For more information, go to www.sonarent.com.

MTV is the world’s premier youth entertainment brand. With a global reach of more than a half-billion households, MTV is the cultural home of the millennial generation, music fans and artists, and a pioneer in creating innovative programming for young people. MTV reflects and creates pop culture with its Emmy(R), Grammy(R) and Peabody(R) award-winning content built around compelling storytelling, music discovery and activism across TV, online and mobile. MTV’s sibling networks MTV2 and mtvU each deliver unparalleled customized content for young males, music fans and college students, and its online hub MTV.com is a leading destination for music, news and pop culture. MTV is a unit of Viacom Inc. (NASDAQ: VIA, VIAB), one of the world’s leading creators of programming and content across all media platforms.