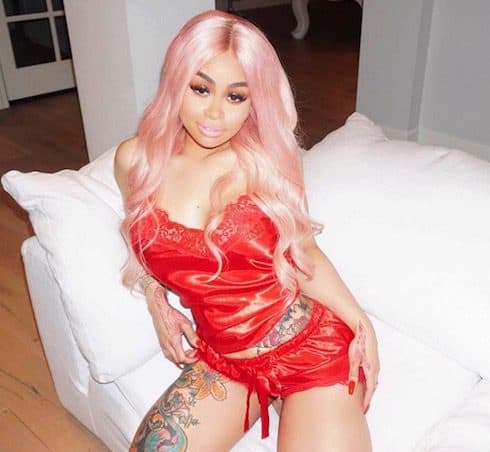 DLISTED – Blac Chyna has taught us all a valuable lesson: hurl a stroller at a woman while losing your sh!t at an amusement park, and you’ll also lose your endorsement deal with a stroller company. Bonus: Blac was apparently also in line to become a “brand ambassador” for the company — so really it’s the company’s loss, since only kidnappers ever get strollers as much coverage as she has in the past few days

JEZEBEL – Fixer Upper is dead, long live Fixer Upper (and Home Town, which is HGTV’s most likely candidate to “replace” it)

VERY SMART BROTHAS – Going off on a racist, pro-white tirade against a black police officer and then showing up for your day in court with your hair in cornrows is the very definition of a bad look

REALITY TEA – I’m not sure what it is exactly, but something about the Vanderpump Rules cast’s pettiness makes the show insanely appealing instead of just eye-rollingly dull. The latest tiff between Scheana Marie and Jax Taylor is merely a case in point

THE BLEMISH – Mike Sorrentino is calling Aubrey O’Day “thirsty” in reference to her affair with Donald Trump Junior. But he’s also using the newly elevated profile the affair granted her to get a little extra exposure for his own parched self

THE ASHLEY’S REALITY ROUNDUP – Congratulations to Jersey Shore‘s Ronnie Ortiz-Magro and his girlfriend Jen Harley, who just welcomed their first child — a daughter named Sky — into the world