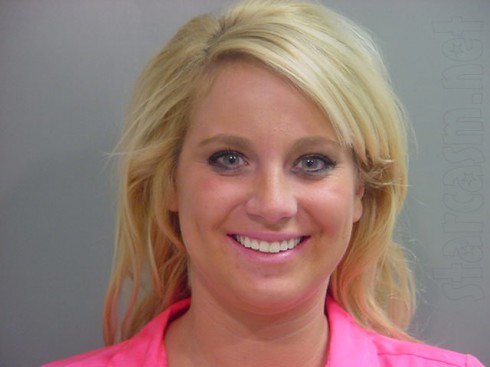 In the very first episode of MTV’s Catfish we met Sunny Cross, a 21-year-old nursing student at the University of Arkansas who had fallen for Jamison, a handsome model living in Los Angeles. SPOILER ALERT It turns out Jamison was actually a young girl named Chelsea living in Tuscaloosa, Alabama.

Well, it seems Sunny’s bad luck (that she sort of made for herself) didn’t stop at being catfished because she was arrested Sunday morning in Fayetteville Arkansas for driving while intoxicated. The arrest happened at 8:20am and according the Washington County Sheriff’s Office Sunny was charged with driving on the left of the center line, driving too close to another vehicle, and DWI.

Above is Sunny Cross’s mug shot, in which her disposition really seems to live up to her name! Sunny was also a bit lighthearted on Twitter later that morning, tweeting, “Well I guess it’s safe to say last night was an epic fail.”

UPDATE – Local station 5 News has more details about the arrest from the preliminary police report. “An officer observed a maroon passenger car following another car too closely on Gregg Street at approximately 2:40 a.m.,” the station says of the report. “The officer said he noticed the car cross the double yellow middle line so he pulled the car over.” Sunny was given a field sobriety test which she failed. She “had red, watery eyes and smelled of alochol.” Sunny arrived at the detention center at approximately 3:39a.m., at which time she took a breathalyzer and registered .08 blood-alcohol content.

TMZ says they attempted to contact Sunny for comment, but that claim is adamantly denied by Sunny, who writes, “And despite what TMZ is saying they never tried to contact me. Just lies.” 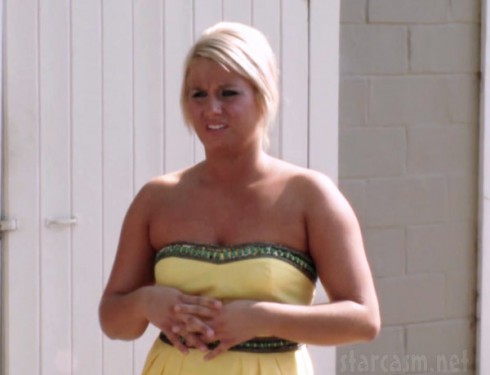 Actually, Sunny’s interaction with friends and family over the incident is pretty funny. Here it is chronologically:

Tweeter: your on tmz! you made it big time now! jealous tbh

Sunny: ewww I am! Dear Jesus

Tweeter: “ewww I am! Dear Jesus” nice mugshot tho!!

Tweeter: now your on channel 5s facebook page. even more jealous now. i need to get arrested in Fayetteville sometime

Sunny: of course I am.

Tweeter: HEY sunny how are u doing my name is David I think u are really cutie [couldn’t resist including that actual tweet lol]

And speaking of couldn’t resist, here is a photo tweeted by someone who bumped into Sunny during her “epic fail” of a night along with the caption, “My roomie and Sunny from MTV’s catfish in Arkansas hahaha” (Of course I edited out the other person in Photoshop #catfish) 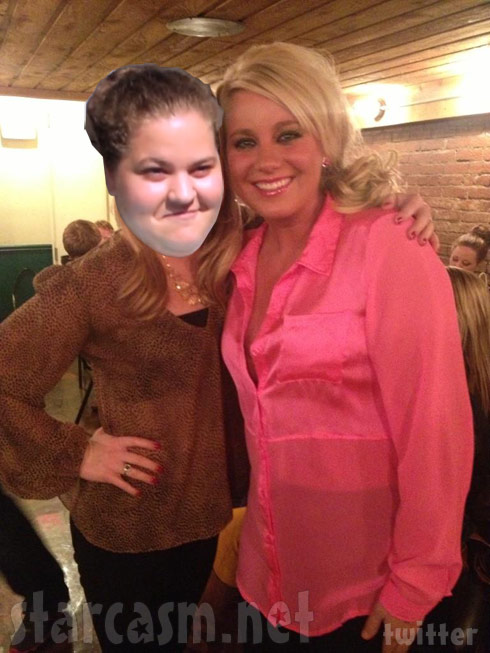 (Sunny’s lookin’ pretty good in that hot pink y’all! Some people — not me — might suggest she consider using just one more button.)

Sunny’s Sister Summer: I will have my sisters back until the day I die. I love you @SunnyCross21!! Keep your head up and don’t you think twice about pointless ppl!

Sunny: thanks baby sister. Love you. Just glad to be away from those crystal meth tweekers.

Sunny: And despite what TMZ is saying they never tried to contact me. Just lies

Sunny: At least I’m not in Shawshank Redemption.

Tweeter: dont stress this stuff to the best of us its what u do now is what makes u

Sunny: Mom treating me to a pedicure after a stressful day! My feet so need it after my ratchet night in good ole’ jail! She’s the best!

Harvey Levin [from TMZ]: The girl who was on the very first episode of the MTV show “Catfish” was busted for DWI http://www.tmz.com/2013/01/27/catfish-sunny-cross-arrested-dwi/

Sunny: @HarveyLevinTMZ pretty pathetic u think I’m worthy enough to do a story on me. Find a celebrity to harass. Must be a slow day in the office

Tweeter: you know your truth. I can do all things through Christ who strengthens me. (Philippians 4:13 NKJV)

Sunny: Movie night with the seester

Tweeter: tell me this isnt so [with a screen cap of the TMZ article]

Sunny: made a bad choice but learned from it and moving on. First time I’ve even ever been pulled over for anything. I’m only human

Tweeter: well keep your head up maam, true no one is perfect. but nice mug shot haha. crazy girl

Sunny: I know I already printed it out and put it on my fridge!

And just in case you wanted a refresher, here’s a condensed video recap of Catfish Episode 1 from MTV followed by the full episode for those of you who wanted to see a mug shot photo and now find yourself with 41 minutes to kill 🙂

I hope Sunny doesn’t yell at us for publishing this story – I don’t think I could take it. (She will probably be disappointed to find out starcasm is actually a nine-year-old boy living in West Virginia.)