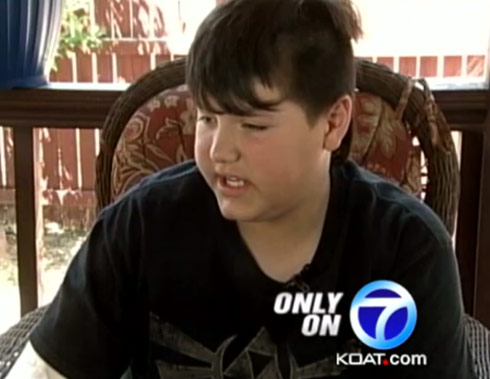 We’ve written a lot of articles about the incredible lengths that mothers will go to keep their children safe. Well this one is for all you moms out there as we’ve got 10-year-old Cameron from Albuquerque, NM who took a bullet to protect his own mom during a frightening home invasion.

The family has requested to keep their full names private but they did speak with KOAT 7 about what happened and the actions he took. Here’s their initial report:

Cameron was at home with his mother, his 19-year-old sister and 24-year-old brother when two armed men wearing ski masks came in demanding money. The older siblings were unaware of what was happening but Cameron and his mother knew and attempted to hide in a bedroom.

The intruders kicked down the door to the bedroom armed with rifles. In an exclusive interview with KOAT 7 Cameron explained what happened next.

“He had a gun at my mom’s face and I was scared that he would shoot her and all in one motion I jumped at him and tackled him. And then he shot me in the arm.”

After Cameron was shot the suspects Leroy Montoya and Isaac Vallejos took off and have since been apprehended. The family stated that they did not personally know these men. 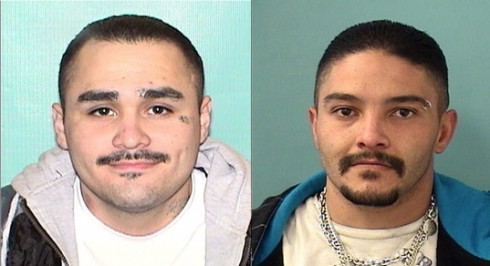 His dad, who was not home at the time later said, “He’s a hero. He’s my hero. If it wasn’t for what he did, I don’t think I would have my family right now. I would be alone in the world.”

“You think these things wouldn’t happen to you, but they do happen, and you need to be prepared for these things, and hopefully there is somebody as courageous as my little brother to save your whole family.”

We hear you big sis. Cameron is expected to recover fully from his injuries sustained while being a seriously awesome son.