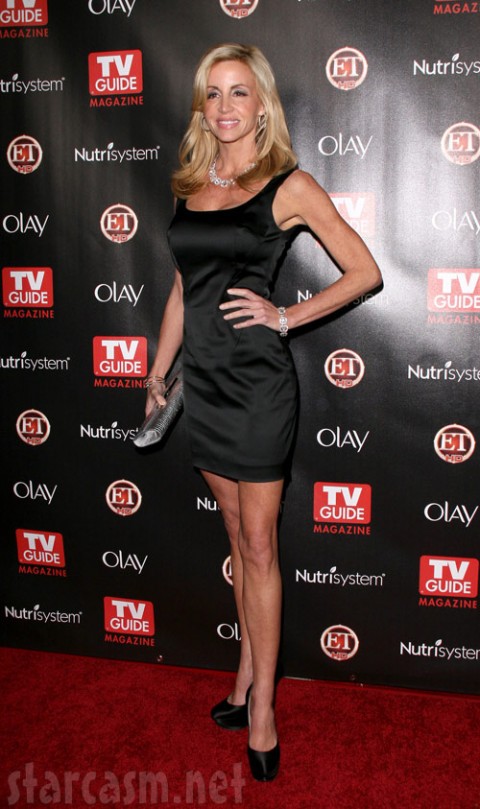 Rumors have swirled around The Real Housewives of Beverly Hills star Camille Grammer leaving all of us to wonder if she or if she will not return for a second season of the popular Bravo show.  The latest from E is that she would be returning but that situation is extremely fluid.  There were even rumors that she would jump the Beverly Hills yacht and move on over to join the cast of The Real Housewives of New York City!

While all of this Housewives madness remains up in the air we CAN verify that Camille’s next TV job will be as a red carpet commentator for CNN during the upcoming Oscar ceremonies.  Talk about a change of pace!

Grammer will join A.J. Hammer and Brooke Anderson for the red-carpet special, “Showbiz Tonight: Road to Gold,” CNN announced Monday.  Dave Levine, the senior executive vice president for the show was excited about the addition of Camille.  He stated:

“We can’t wait to get Camille’s unabashed take on Hollywood’s biggest night.”

I wonder if Kelsey Grammer and his young bride-to-be Kayte have plans to fly out to the west coast and attend the Oscars?  Now that hurricane Camille will be roaming the sidelines I certainly hope so!