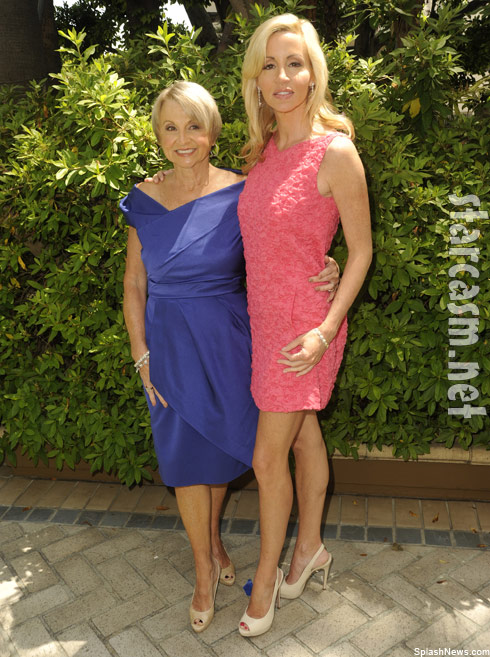 Get ready to rock your Vanderpumps and straighten out your Grammer because The Real Housewives of Beverly Hills will be returning to a TV screen near you!  Actually Bravo hasn’t confirmed this but none other than Hurricane Camille Grammer confirmed that the real deal BH wives are set for a second season!  According to TMZ she made this statement today during an appearance at the John Wayne Cancer Institute Associates for Breast Cancer Studies Mother’s Day Luncheon in L.A.

This is wonderful news and it looks like their is a probable addition to the crew as rumors are swelling that Brandi Glanville will become part of the cast.  If you aren’t familiar, Glanville is the ex of actor Eddie Cibrian who is now hooked up with country-pop singer LeAnn Rimes.

Rimes has repeatedly attempted to clear her husband stealing rep but in the process posted a rather creepy stalkeresque bikini photo of herself that was a double of a twit-pic from Glanville.  Brandi wasn’t too happy with Rimes when her marriage fell apart as you can imagine but the parties involved have since made kind-of-nice in a Twitter truce.  Brandi and Eddie have two sons and all three adults have been seen together in celebration of one of the boy’s birthdays.

Camille’s story line involving her split from Kelsey Grammer was a good one for the show and Bravo may be looking to repeat that success by following Brandi as she works on raising her two boys while having to see LeAnn’s 400 tweets a day about how happy she is with Eddie.

The above photo was taken at today’s event.  Camille was in attendance (and was the host) with her mother and both looked fabulous with Miss CG seriously pretty in pink.