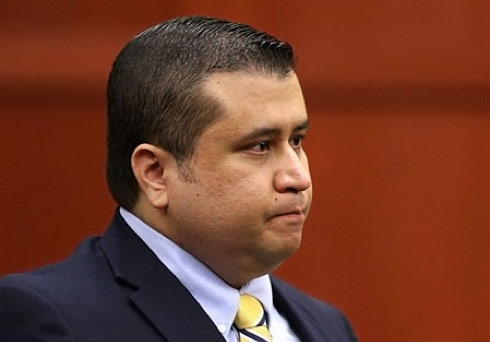 The polarizing case of George Zimmerman and the shooting death of Trayvon Martin is now in the hands of the 6-member all-female jury. In anticipation of a heated public response regardless of which way the verdict gets handed down, the Broward County Sheriff’s Office has released a PSA encouraging people to “Raise Your Voice, Not Your Hands!”

The trial has been one of the most publicized in American history, drawing entrenched positions fueled by strong opinions in regards to race relations and gun control.

The young man and woman seen in the video state:

“Raise your voice! And not your hands! We need to stand together as one. No cuffs. No guns. Let’s give violence a rest, ’cause we can easily end up arrested! I know your patience will be tested, but… Law enforcement has your back! Let’s back up and choose not to act up, and deputies are with us, so no need to act up! Let it roll off your shoulders as water off your back. Don’t lack composure, because in one instance it could be over. So let’s make the choice to raise your voice and not your hands.”

The Reverend Jesse Jackson backed this sentiment with the following statement:

“If Zimmerman is convicted there should not be inappropriate celebrations, because a young man lost his life, and if he is not convicted we should avoid violence because it will only lead to more tragedies.”

The jury is expected to begin deliberations this afternoon.

George Zimmerman released, ordered to give up guns, served divorce papers in jail