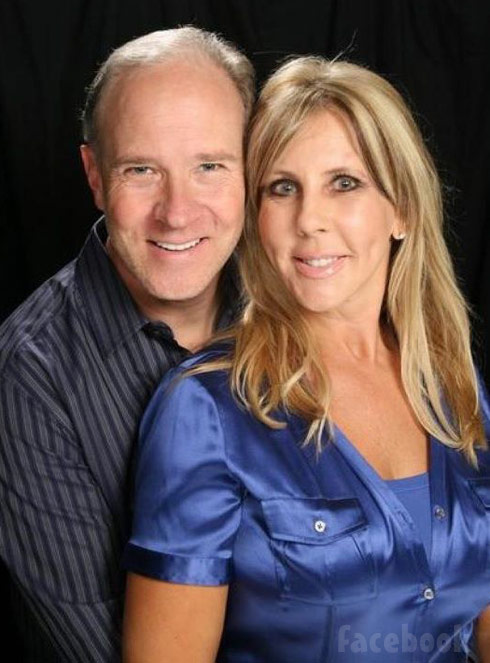 The Real Housewives of Orange County star Vicki Gunvalson’s on-again, off-again boyfriend Brooks Ayers is currently enmeshed in a lawsuit, but the 47-year-old revealed today that his legal battles aren’t his biggest concern right now as he has been diagnosed with Stage 3 cancer.

“I have, once again, been diagnosed with a form of Non-Hodgkin lymphoma specifically diffuse large B cell lymphoma,” Brooks told Radar Online.

Brooks says he was diagnosed in fall of 2013 and that his cancer is at Stage 3. He assured fans he would retain his famous positivity:

I appreciate the prayers, support, and positive vibes from anyone who would wish to send them. Let me assure you that I am going to remain positive and continue to battle this disease vigorously with much tenacity along with seeking the appropriate medical care. Finally, please respect my family’s privacy in this matter as we walk through this challenging time.

Brooks concluded by stating, “I am determined to fight this horrible disease and am surrounded by love and support from people who truly care about me.”

As far as Brooks’ type of cancer, here is more information from Cancer.org:

This is the most common type of non-Hodgkin lymphoma in the United States, (about 1 out of every 3 cases). The cells look fairly large when seen with a microscope.

Diffuse large B-cell lymphoma (DLBCL) can affect any age group but occurs mostly in older people (the average age is mid-60s). It usually starts as a quickly growing mass in a lymph node deep inside the body, such as in the chest or abdomen, or in a lymph node you can feel, such as in the neck or armpit. It can also start in other areas such as the intestines, bone, or even the brain or spinal cord.

About 1 in 3 of these lymphomas is only in one part of the body (localized) when it is found. Lymphomas are easier to treat when they are localized than when they have spread to other parts of the body.

Genetic tests have shown that there are different subtypes of DLBCL, even though they look the same under the microscope. These subtypes seem to have different outcomes (prognoses) and responses to treatment.

DLBCL is a fast-growing lymphoma, but it often responds well to treatment. Overall, about 3 out of 4 people will have no signs of disease after the initial treatment, and many are cured with therapy.