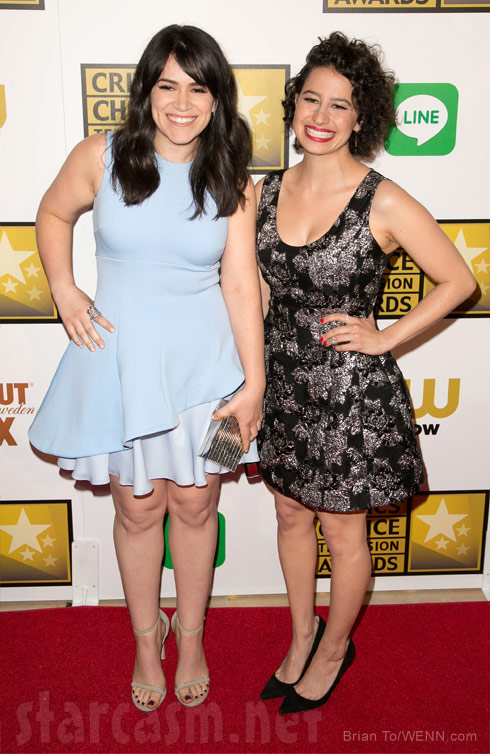 Comedy Central’s Broad City (created by, and starring, Ilana Glazer and Abbi Jacobson) is without a doubt the funniest new show of 2014, and the two shelarious stars were appropriately in attendance at both the Critics’ Choice Television Awards Thursday (above) as well as Variety’s “Power of Women” Luncheon (below) back in April. So, I thought I’d take the opportunity to give our site a much-needed injection of Broad City Ilanabbitrulescence in the form of red carpet photos! 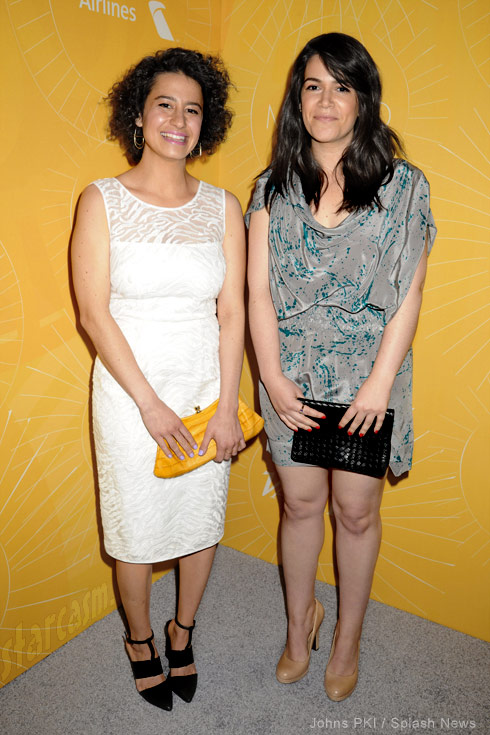 Sadly, Broad City didn’t take home any Critics’ Choice Awards after the show lost out to Netflix’s potent womensemble cast of Orange Is the New Black for Best Comedy Series and Veep‘s Julia Louis-Dreyfus beat out Ilana Glazer for Best Actress In a Comedy Series. Damn it! I wish the winners were something I could complain about, but whatcha gonna do? (Television is amazing these days, isn’t it?)

Here’s a selfie posted by Ilana and Abbi on Tumblr from the Variety “Power of Women” Luncheon in which they assure us Susan Sarandon is photobombing: 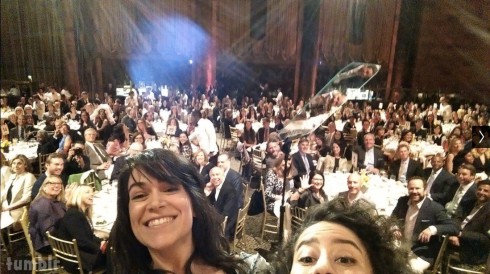 (Click to enlarge and let us know if you “Where’s Waldo” Susan anywhere!)

Broad City will be back for a second season, but there is no Season 2 premiere date yet. Until then (and after then), here’s something to retweet every Wednesday: