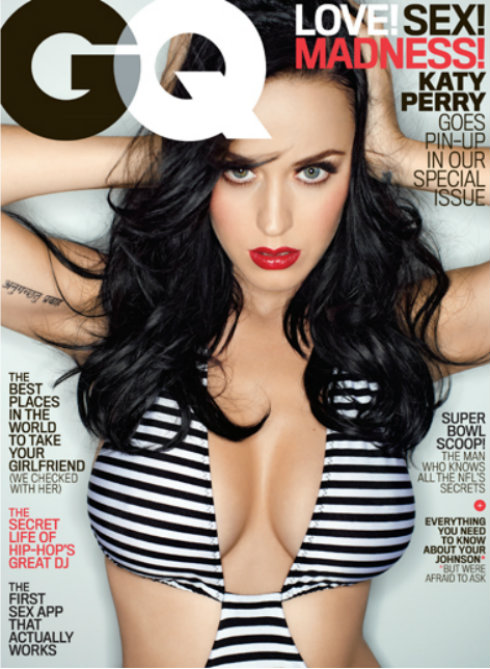 Unlike some celebrities who use GQ to display their sultry sides for the first time, Katy’s never shied away from showing her skin. And the February 2014 issue of GQ is no exception… 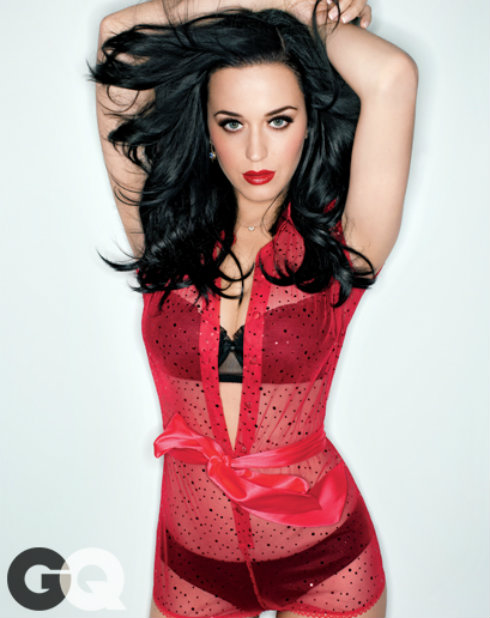 In the accompanying interview, Katy spoke about aliens (she believes in them), Obama (she “might have won Wisconsin for him”) and growing up with strict parents (she says they’re “oddballs,” but she loves them).

Katy also spoke about how her young life experiences shaped the person she is today. After growing up in a household that forbade rock ‘n’ roll or Lucky Charms, she became fiercely independent: At just 16, she moved from California to Nashville to record a gospel-rock album. While there, she lost her virginity in the front seat of a Volvo. 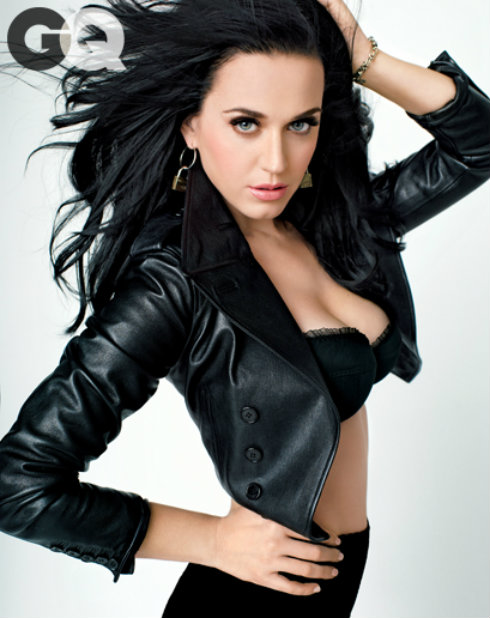 When her recording label closed up shop, Katy returned to California with even more determination. For the next few years, she worked tirelessly to get a contract with a record company that bought into her vision. Despite setbacks, Katy didn’t quit because she believes in “a cosmic energy that is bigger than me.”

As we all know, she eventually struck gold with I Kissed a Girl — and has churned out hits ever since then, including her most No. 1 single, Roar. 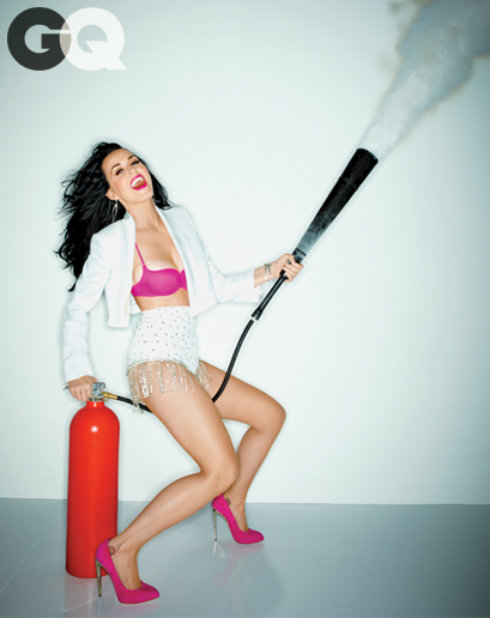 Even though Katy definitely lives by a different set of rules than her strict parents, she told GQ that she does draw the line when it comes to certain rebellious acts.

“The weed — I’m not friends with it,” Katy mentioned during the interview, which was conducted backstage at the American Music Awards. “I can’t do that stuff. I’d be like in the corner: ‘Are you trying to kill me?!'” 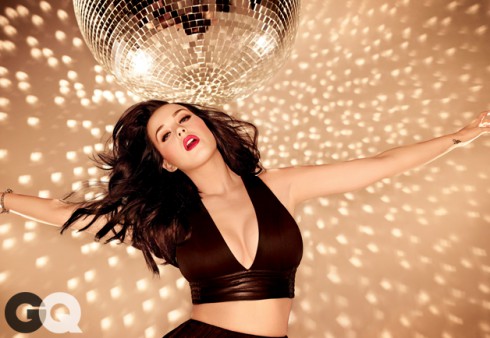 One topic that Katy mostly steered away from in the GQ interview was her infamously short-lived marriage to Russell Brand. Instead, she chose to talk more about her future…

“I’m just having a wonderful experience with a wonderful guy,” she said of her on-again boyfriend, John Mayer. “There’s no rush.”

Is this Katy Perry’s wedding dress?