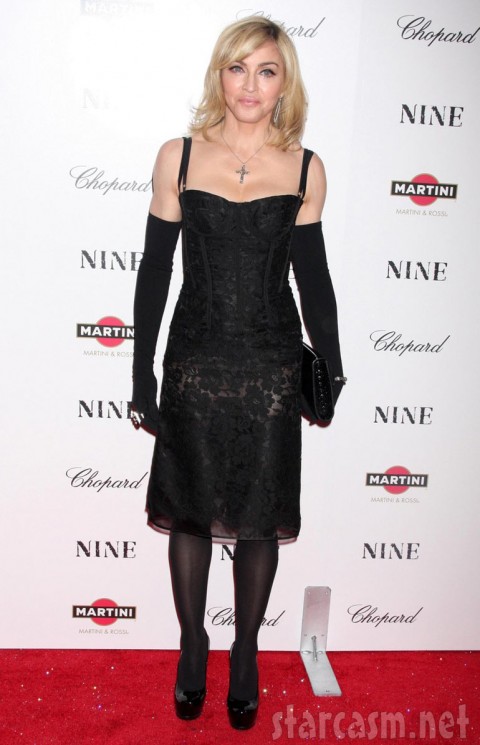 Madonna scared a lot of folks a few months ago when photos of her overly toned arms made the viral rounds on the internet. But, the Queen of Pop and Fitness has learned from her mistakes and wore a pair bicep-high black glove to the premiere of Nine in New York City last night. In addition to the arm leggings, Madonna wore a tight and tough lacy black corset dress that makes her look like some sort of boudoir super-heroine – and I mean that in a really good way!

Kudos to her stylist for putting together a look for her lean, mean fighting machine body that’s aggressively sexy without being cheesy! She should have a big number “3” on her side because if there’s ever been a look that could be called “The Intimidator,” this is it! (Do Dale Earnhardt Jr. references work on a gossip blog?) I love the subtle effect of being able to see the tops of her leggings and the bottom of her Lady Gaga leotard through the lace…

I think I’m obsessing. Here are some more photos of Madonna and her daughter Lourdes Leon on the red carpet at the Ziegfeld Theater: 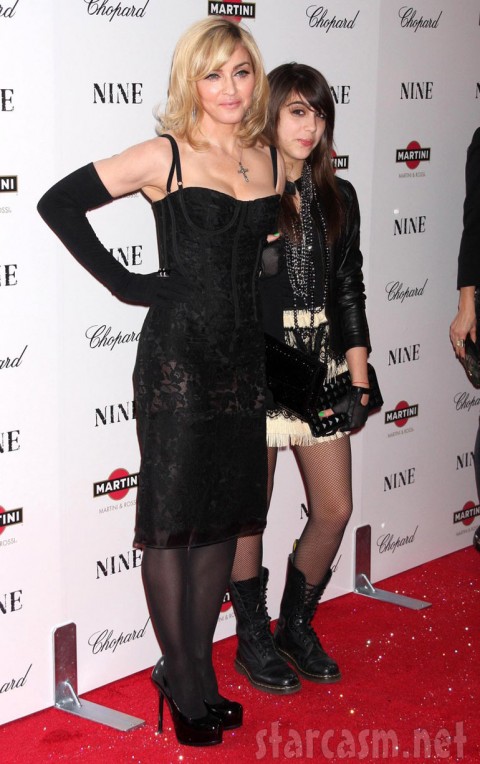 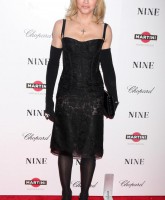 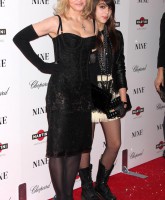 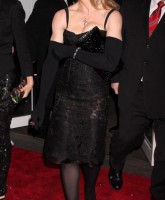 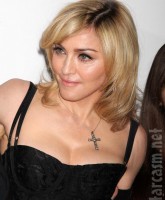 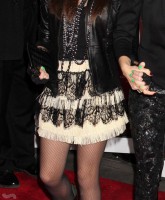 Lourdes Leon on the red carpet 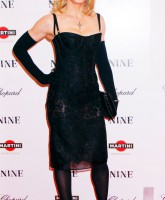 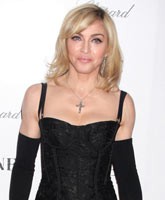