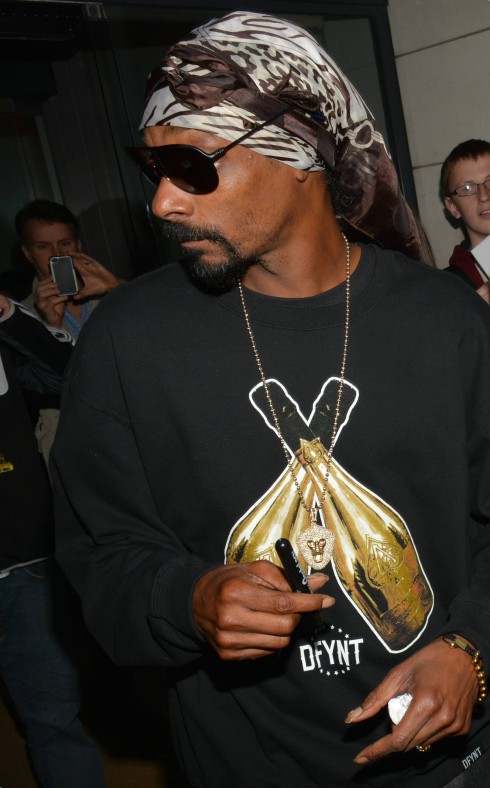 Snoop Dogg/Lion is pretty chill these days, but almost 22 years ago the rapper was put on trial for murder. In 1993 the then 24-year-old (real name Calvin Broadus) was charged with in connection with the death of Philip Woldemariam, a gang member who was shot and killed by McKinley Lee, Snoop’s bodyguard. As a teen Snoop had gotten involved with the Crips gang, and he was still involved with gang activity when he was discovered in 1992 by Dr. Dre.

Woldemariam was killed August, 25, 1993, and on September 2, 1993, at the end of the MTV Video Music Awards, Snoop Dogg and McKinley Lee were arrested. They were under house arrest for two years until the trial took place. “There is nothing you can do to prepare yourself for what I’m going through,” Snoop told the L.A. Times at the time. “But I believe everything happens for a reason. The ups. The downs. I just got to deal with it and keep on going. It’s all in God’s hands now.”

Snoop’s defense lawyer Johnnie Cochran claimed that Woldemariam threatened Snoop at least twice before shots were fired. The prosecution argued that Snoop’s song lyrics proved he had a violent nature, but both Snoop and Lee were found not guilty on grounds of self defense. Snoop went on to have a massively successful career, and the publicity from the case helped fuel his rise to the top. In 1995 he even heavily participated in a documentary film about the ordeal called Murder Was the Case.

In 2012 Snoop had a spiritual experience during a trip to Jamaica, took on a new moniker (Snoop Lion,) and converted to the Rastafarian movement. He released a Reggae album as Snoop Lion, but is currently working on a new rap album under the Snoop Dogg name.