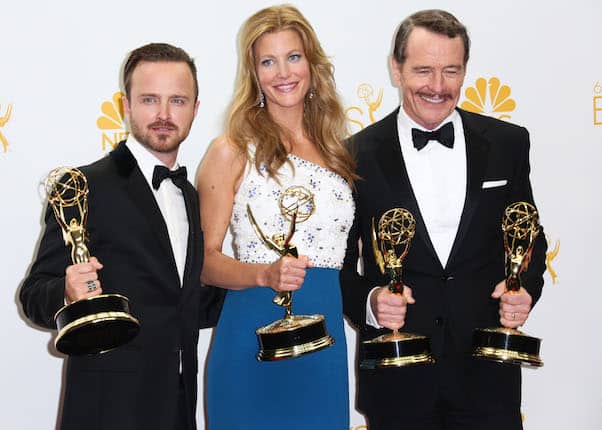 THE BLAST – This weekend brought surprise confirmation that the Breaking Bad movie filmed completely in secret and has already wrapped; now it looks like the first of the Breaking Bad movie news has come via star Aaron Paul himself. Paul dropped a huge teaser about the movie’s plot on social media this weekend; the film, entitled El Camino, drops October 11 on Netflix

THE ASHLEY’S REALITY ROUNDUP – If you didn’t already think Todd Chrisley was an absolute shudderworthy creep before this whole scandal involving Chrisley allegedly extorting his daughter over her sex tape — well, why wouldn’t you think that? Anyway, it turns out that Chrisley was *also* wrong when he said the sex on the tape represented infidelity, as his daughter likely wasn’t married at the time

CELEBITCHY – Speaking of absolute shudderworthy creeps, Prince Andrew’s explanations about his relationship to the late pedophile Jeffrey Epstein are not doing the work he thinks they are

REALITY TEA – Evidently Leah McSweeney, 36 years old and a friend of Tinsley Mortimer’s, has been cast as Bethenny Frankel’s replacement for RHONY Season 12, which was scheduled to begin shooting the day after Frankel announced she was quitting the show

JEZEBEL – Disney’s new streaming channel won’t have any of the R-rated goodness it got when it bought Fox. Nor will it have anything in the realm of risqué PG-13 content. This is fine if you want something for your kids but annoying as hell if you are an adult who would like to watch something not for kids and would also prefer not to subscribe to so many different streaming services that you may as well have an unsatisfying cable package circa 2006

GO FUG YOURSELF – Fred Durst from Limp Bizkit filmed a movie called The Fanatic and John Travolta starred in it and also maybe Michael Bolton is in it? And they are having way too much forced fun on this particular red carpet? Nothing about those two sentences makes any sense, yet I swear to God every word of them is true

THE BLEMISH – “Ashley Graham is Keeping Her Pregnancy Sexy”

VOX – Mark your calendars: Marvel announced that the premiere date for Black Panther 2 is May 6, 2022

LAINEY GOSSIP – “Since it first broke almost a couple of weeks ago that Miley Cyrus and Liam Hemsworth had separated, and Miley was seen making out with Kaitlynn Carter on holiday in Italy, public opinion, at least from what I’ve seen, has been in favour of Liam. ”