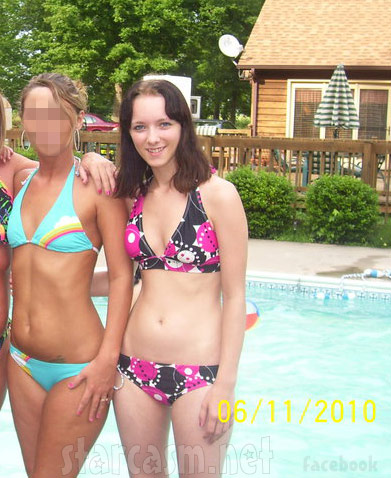 In the latest bit of evidence suggesting the cast of TLC’s Breaking Amish actually broke away well prior to the airing of the show, a photo allegedly of Rebecca Byler (who was reluctant to wear a swimsuit during her modeling photo shoot in last week’s episode) has surfaced online in which she is confidently wearing a very revealing bikini for a group photo at a pool party in 2010.

Though there has been no confirmation that the girl is Rebecca, the photo was submitted to the Breaking Amish The Expose Facebook page unanonymously by someone who was at the party and claims to know Rebecca and Abe. (She’s actually the hot-bodded gal standing next to Rebecca) She confirmed that the date of June 11, 2010 that appears on the photo is correct, which is backed up by the fact that the photo was originally uploaded to her account at that time.

Commenters began to ask questions about the picture, including where it fell time-wise in relation to reports that Rebecca had a child with Abe prior to filming the show. Here’s what the submitter of the photo wrote:

Just in case you missed it, here is the photo reportedly of Breaking Amish‘s Abe and Rebecca with their daughter, in which it is clear Rebecca has yet to have her teeth removed: 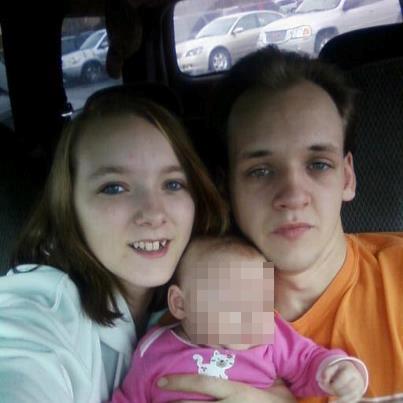 And speaking of Rebecca’s fake teeth, the person who submitted the bikini photo also addressed that issue, although I’m not exactly sure how to interpret what she wrote:

and her teeth where with her when she was here

She also offered up an observation on Abe:

TLC still remains relatively quiet on the matter, stating only that “There is a lot of information floating around about the group featured on Breaking Amish. Much of it is not true, but some of it is — and is addressed in upcoming episodes.”

We’ll keep updating you on all the “Faking Amish” stories as they unfold. If you like seeing the Breaking Amish gals in bikinis, then be sure to check out our post featuring Kate’s bikini photo shoot as well as a photo of her that she reportedly entered into an online modeling competition in 2010! (We’re still waiting for the inevitable Breaking Amish sex tape.) Stay tuned!

UPDATE – Rebecca was apparently married and ran off with Abe! Click the link for all the details!