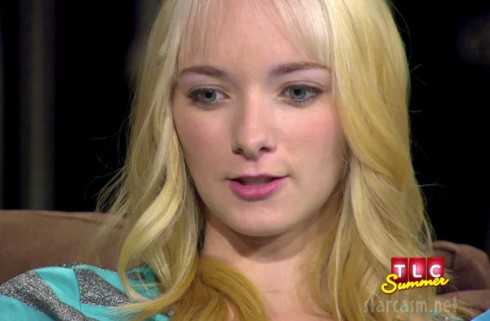 TLC teased Breaking Amish: Brave New World “The Shunning Truth” with a preview clip in which Rebecca is heard saying, “we actually do have a secret,” and boy did she! She revealed that she and Abe are expecting her second child!

Here’s how the conversation went:

Host Michelle Beadle: Alright, the first year of marriage, is it everything you thought it would be or more?

Rebecca: Yes and no.

Rebecca: I figured in our first year of marriage we’d be in our own place, and, you know, be doing our own thing obviously … but as far us us actually getting along, and working things out, in our relationship I feel like it’s going better than I had actually hoped.

Michelle: Yeah. Any plans to expand the family?

Rebecca: “Um, we actually do have a secret.

Rebecca: We are actually expecting.

Michelle: REALLY?!? [to Abe’s mother Mary] Did you know about this?

Rebecca: Of course, do you think we would tell you without telling our family first? 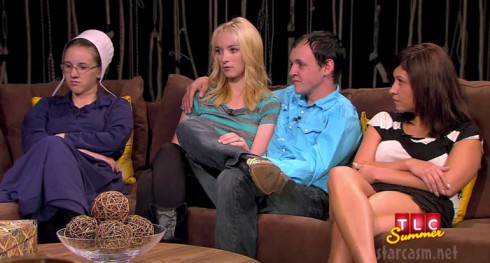 Michelle: Congratulations! [to the rest of the cast] Did you guys all know about it?

Michelle: Are you excited about it?

Kate: Yeah, I’m happy for them because down in Florida Rebecca was actually talking about how she would like to have a baby, so I’m happy for you guys.

Host: Will Uncle Jeremiah get to have babysitting?

Congratulations to Abe and Rebecca!

On a side note, Rebecca also revealed that her first daughter (which Abe has still yet to confirm or deny is his) was actually in Florida while they filmed in Sarasota, Florida! They just didn’t allow her to be on camera. 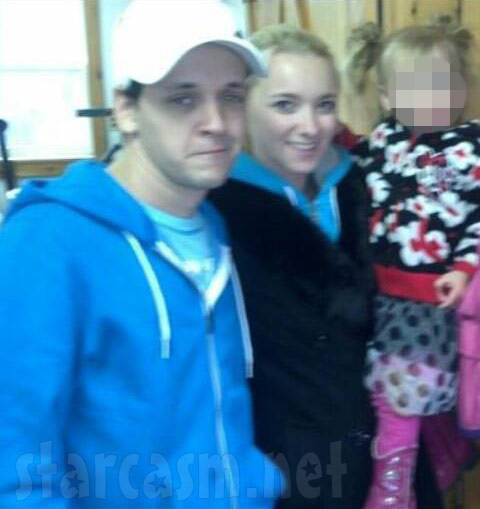 UPDATE – Rebecca has since responded to “The Shunning Truth” on Facebook. First up, she talks about feeling hot and dizzy and breaing down crying during the interview:

Thanks to you all! That drama honestly made me sick and I was getting dizzy sitting there for hours on end not being allowed to take a break and I can’t handle drama the way it is! I’m so glad it’s over and just watching it made me nauseous all over. I really honestly hate watching it but I grin and bear it for the rest of the family and friends who show up to watch and support every Sunday.

Well I know I cry about every little thing this round of being pregnant! Usually stuff doesn’t get to me but just something as simple as seeing somebody argue makes me cry! I hate it cause I used to never cry at all unless I was behind a locked door alone! Now I’m just a darn river!

And then she seemed to express regret at doing the show, mainly because of the drama surrounding her daughter:

Trust me if I (speaking only for myself) had know what this was going to turn out to be I would not have done had they offered me a hundred thousand dollars because its not worth all the tears and deathly terrifying times I went through!! And I love my privacy and having done this feels like a billion bishops breathing down my neck and 1 bishop in a small Amish church doesn’t seem so bad anymore! And FYI the producers read all of this lmao