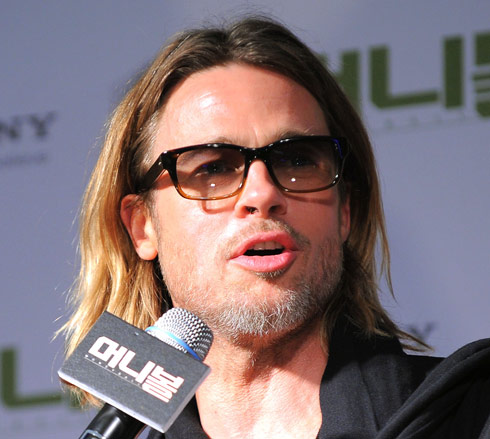 Actor Brad Pitt stepped up his game on Sunday while participating in a Q&A following a special screening of his film Moneyball at the Cary Grant Theatre in Culver City, Calif.

An attendee of the event told Us that an actor revealed to Pitt, co-star Jonah Hill and everyone else in attendance that he was struggling with thoughts of suicide and that the film provided him, “a renewed sense of hope.” This unidentified struggling actor was very emotional as he spoke and the moment was an awkward one to say the least. Without hesitation, Pitt addressed the man. He said:

“Look, man, life is up and down, it’s a vicious cycle, but you have to go through it and deal with that. You can be down, but then you come back up again, and every failure can lead to success.”

Another person in attendance collaborated the story adding:

“It was a touching moment. As he left the theatre he even stopped to talk with the guy to offer him some more words of encouragement because he was obviously fragile.”

In my opinion this story is a perfect example of the magnetism that has made Brad Pitt such a sought after and beloved actor (that and his bod of course). He has a genuineness about him that naturally comes across. I applaud Pitt for handling this difficult moment with grace and class.

What also may get lost in this story is the fact that this struggling young man credited the movie with providing hope. Moneyball has received high praise by critics and fans but when you actually effect lives you know you’ve made something worth remembering.

Here’s the official trailer for Moneyball: 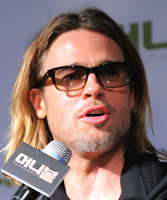