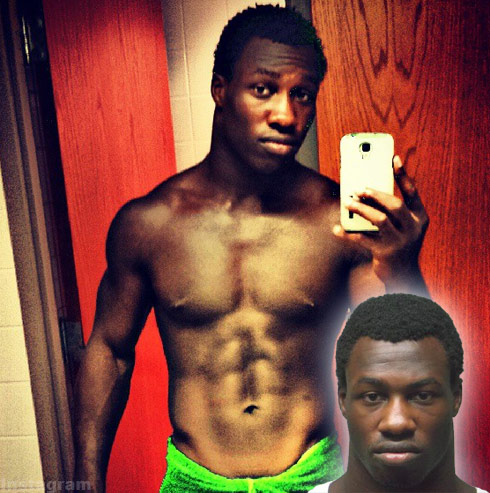 Prosecutors in Missouri are accusing an HIV-positive college student of secretly filming himself having unprotected sex with as many as 31 people, knowingly exposing them to the virus.

In October, 22-year-old Michael Johnson was charged with 5 felony counts of exposing partners to HIV. Police later discovered on Johnson’s laptop what they allege are secretly recorded videos of the student and former wrestler at Lindenwood University having intercourse. Prosecutors disclosed this discovery on Friday.

St. Charles County prosecutor Tim Lohmar stated, “On that laptop were 32 videos of people engaged in sexual acts with Mr. Johnson. It’s safe to say that many of those videos were taken inside his dorm room; we know that because we recognize the furniture.” He added that most of the victims were not only unaware that they were being videotaped, they were clueless that Johnson was HIV positive, according to KMOV.

Lohmar wants any potential victims to come forward, not only for their own individual safety, but for the safety of the public in general.

According to Riverfront Times, Johnson met many of his partners, many of whom – if not all were men, online via social media accounts in which he identified himself as Tiger Mandingo.