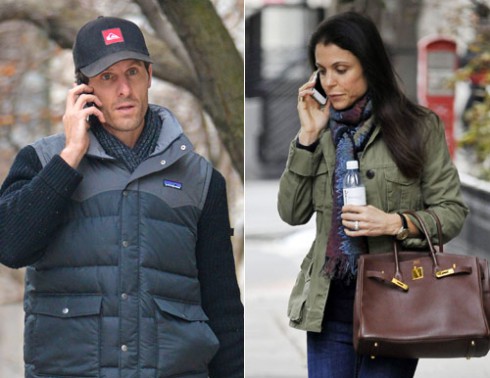 Entrepreneur and former reality star Bethenny Frankel is in the midst of a nasty custody battle with estranged husband Jason Hoppy over their daughter.

Frankel is seeking primary custody of 4-year-old Bryn, while Hoppy is wanting joint custody. Both appeared in a New York City courtroom yesterday and the public split took a turn for the worse as Frankel revealed alleged threats that Hoppy made after she filed for divorce.

During her testimony, the 43-year-old told the court before becoming overwhelmed with tears:

“He said, ‘I’m going to destroy you. I’m going to have you and your publicist crying and crumbling in a corner. Now you’re going to see what I was like on the basketball court.’ He said, ‘You don’t know what it’s like to have a family, you’ll never have a family. Let’s go baby.'”

Frankel also alleged that Hoppy’s attitude and demeanor changed drastically after she filed for divorce:

“He would take bad press about me and put it on the counter. [Hoppy] would pee and poop and leave it in the toilet… He would say things [to Bryn] like, ‘Mommy should be the witch. She’s a great witch. You’ll be the princess and I’ll be the prince.'”

Sadly, this battle will be a drawn out one according to Hoppy’s attorney. “What happened in court speaks for itself. It’s the first mile of a marathon,” he told People.

Frankel and Hoppy are expected back in court on June 11.