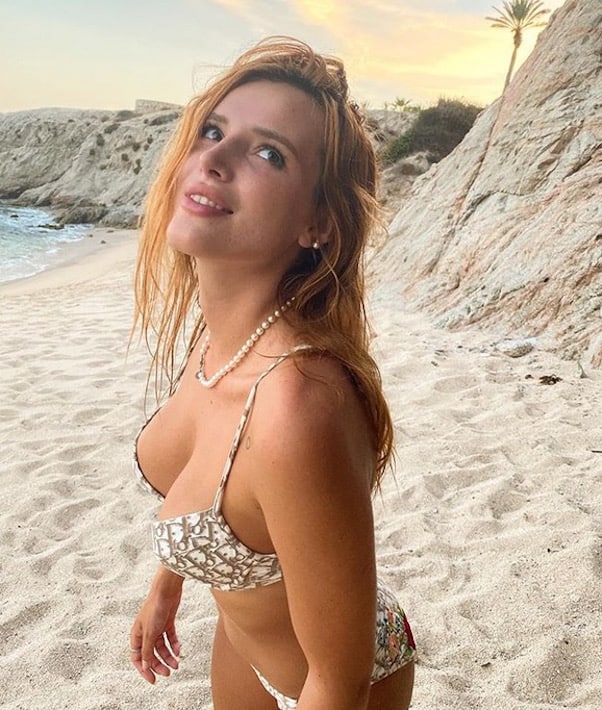 DLISTED – Within 24 hours of announcing it, Bella Thorne’s OnlyFans account did two things never done in the page’s brief and increasingly popular history: the first was crash the site; the second was make Bella a cool million dollars. (Evidently that’s after the site itself takes its 20% cut.) Fun fact that I did not know and now can’t stop wondering about the implications of: Bella is the third member of her family on OnlyFans

REALITY TEA – After five years, six seasons, and one too many recent low blows, Dorinda Medley is no longer a member of the Real Housewives of New York cast. Dorinda announced her departure amicably, saying — among other things — “But all things must come to an end. This was a great outlet for me to heal when my late husband Richard passed away”

THE ASHLEY’S REALITY ROUNDUP – Duggar family members Joy and Austin Forsyth announced this week that they welcomed their second child last week. The couple has yet to reveal the child’s name, but did say that their baby girl “arrived August 21 at 2:12 PM weighing 8lbs 5oz and is 19.5 [inches] long”

VOX – Erstwhile conservative Christian Jerry Falwell Jr. disclosed that he’d been in an extended three-way with his wife and the couple’s pool boy, and Falwell is now all the way out the door at Liberty University, where he had (more or less) been president…but the story is actually so much deeper and more corrupt than just a sex scandal

JEZEBEL – “The Making of Ellen DeGeneres, the Nicest Person on Television”

LAINEY GOSSIP – The first trailer for Ammonite, the haunting and romantic new movie starring Saoirse Ronan and Kate Winslet, is here — and it has people starved for physical contact feeling some kind of way

GO FUG YOURSELF – “The Teen Choice Awards, as a thing, turns 21 this year and is finally old enough to crack a beer and look back at itself. I just hope it doesn’t drink every time there are bad pants, because in that case its night will end badly”