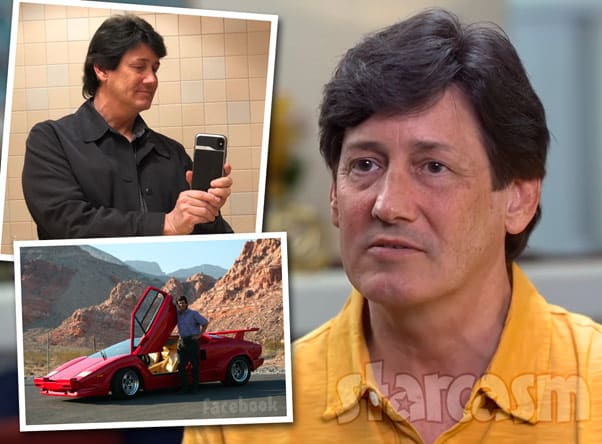 90 Day Fiance: Before the 90 Days premiered last week, but even the extended two-hour format didn’t allow for viewers to meet all eight of the couples featured this season. (Seven new couples plus Darcey and Tom.) The most highly anticipated new cast member who was left off the premiere would undoubtedly have to be 60-year-old David from Las Vegas who has fallen for a blonde Ukrainian named Lana.

David has been featured prominently in the preview clips for the new season as he reads aloud some of the written chat room dialogue between him and Lana, the only communication they have had. David has spent “over $100,000” on Lana and is heading to Ukraine to meet her, despite the fact that they have arranged to meet on three previous occasions and she stood him up every time.

Even though viewers have not been able to meet David on the show yet, they can now get to meet him on social media! Earlier this week, David launched an Instagram account under the ID @90daydave. The account has undergone a couple name changes already, including one that incorporated his cringe-inducing “Mmmmmm” from his chat room reading. It’s currently set to @davidjmurphey, so go give him a follow before it changes again!

David has three photos of himself posted on the Instagram account, and I genuinely could not have scripted them any better. The first is a photo of David with his cat, the second is a bathroom selfie, and the third is a glorious throwback photo of David with a red Lamborghini!

“Testing Instagram…” David captioned his initial photo with his cat. “Too cold to go outside,” he wrote for his overcoat bathroom selfie. And for the Lamborghini photo, he wrote: “Yes, I like cars, recently sold.”

With David’s full name, it wasn’t difficult to track down his Facebook page, which has some additional images from his Lamborghini photo shoot. Here are a few examples: 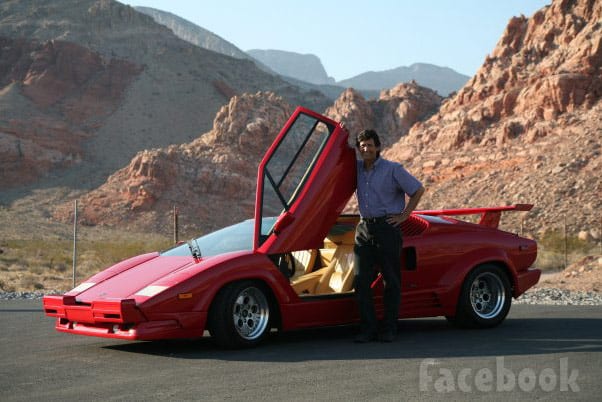 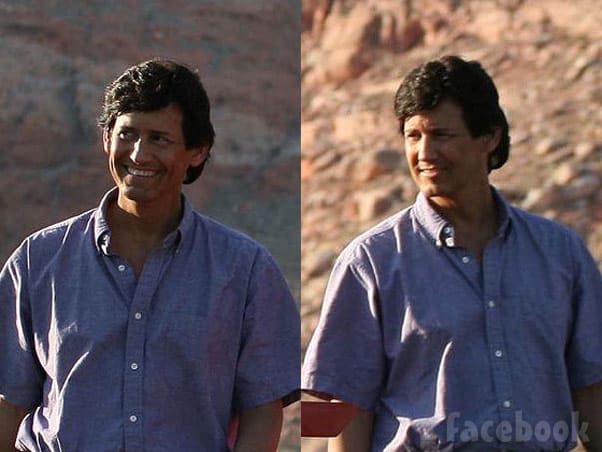 Along with the Lamborghini pics, which were posted in 2009, David also shared some older throwback photos of himself from a scrapbook. Check out super young Dave through the years: 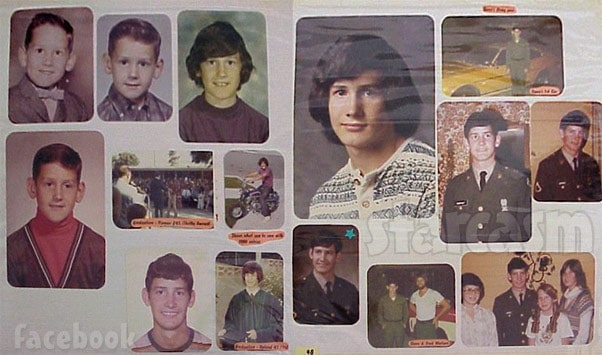 As a graduate of The Family Chantel’s 90 Daytective Academy, I was obligated to do some snooping to see if I could find out anything about David’s Ukrainian love interest Lana. Is she real? Is she a catfish? Is she just harvesting the American dollar? Is she actually Caesar’s Maria using a different name?

Let me state very clearly right up front that I don’t have any sort of smoking gun proving Lana is who she represents herself to be, or that she isn’t. However, I did find some things that seem way too suspicious to be just a coincidence. I will start with what I know, then I will offer up my thoughts, which are coming purely as a fan with an extensive knowledge of past 90 Day Fiance franchise story lines.

On one of his Instagram photos, someone asked David if Lana has an Instagram account. “She has a Facebook with no real activity on it,” David replied. “I don’t know of any other social media that she has. I will respect her wishes to stay private for now.”

That little clue sent me back over to David’s Facebook page to look through his friends. He only had one friend from Ukraine, and she was a very attractive blonde woman who looked to be in her 20s or 30s — which seemed to be a perfect match for Lana, who is listed in the TLC promotion materials as being 27. The only problem? This woman’s name wasn’t Lana, it was Anya.

In addition to the different names, I really wasn’t confident that Anya was the woman in the photos that TLC shared of Lana. Here are a couple side-by-side images — on the right is Lana from the show, and on the left is David’s friend Anya: 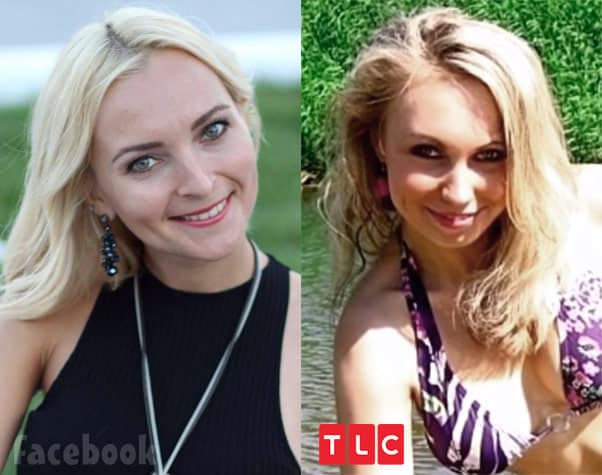 I picked the photo of Anya that seemed to most resemble the one used by TLC. The other photos aren’t quite as similar, plus Anya doesn’t have a single swimsuit/bikini photo posted on her Facebook account. I’m leaning towards them not being the same person.

UPDATE – It turns out that all my speculation was in vain! David introduced Anya on his first episode. He says that he traveled to Ukraine to meet some girls (???) and Anya was one of them. He adds that she was a bit to shy for him, but they have remained friends. That pretty much explains everything! Feel free to continue reading for all the clues that I found and eventually misinterpreted. 😉

As viewers of the 90 Day Fiance franchise are well aware, the fact that the names are different, and that the photos might be different people, doesn’t eliminate Anya from potentially being the person David was actually talking to. I adjusted my detective hat and continued to snoop.

Scrolling through Anya’s Facebook timeline, I found some comments posted by David! Anya shared a year-old photo of her self hugging an ice cream cone statue in Dresden, Germany in February of 2019. “Spring TIme,” David wrote — the only public comment on the photo. (He capitalized the “I” so I left it that way.)

In November of 2018, Anya posted a photo of herself staring out a window at what looks to be a cafe or coffee shop. “There is something beautiful in everything, but beauty isn’t everything,” she wrote, adding a yellow heart emoji. “I hope you had a beautiful birthday!” David commented. “Yes, thanks!” Anya replied.

After exhausting Anya and David’s Facebook pages for leads, my investigation continued back on Instagram. That’s when I discovered that there is an Instagram account set up for David and Lana that only has three followers. In and of itself, that’s not all that remarkable because people start fan pages for cast members all the time. However, this one looked legit given who the three followers are.

That was just TOO much to be a coincidence! Clearly, Anya and Lana are connected in some way.

That turned my investigation towards Anya. According to various online profiles, including social media and professional career websites, Anya is a 31-year-old from Odessa, Ukraine who works as a developer on mobile websites and apps. She apparently likes to travel as she has shared photos from her trips to Spain, France, Belarus, Germany and more over the past five years.

David and Lana’s TLC bio doesn’t state where she is from in Ukraine, and I don’t think it is mentioned in any of their preview clips either. However, David is seen arriving at a Ukrainian bus station to meet Lana, and it only took me a few minutes of scrolling through Ukrainian bus station photos to figure out that he was in Odessa. Yep, Anya’s city!

After I decided to put this post together, I returned to David’s Facebook page to get some specific details. I had to double check his friends list, but sure enough — he’s no longer friends with Anya! Mmmmmm hmmm.

That is pretty all of the contents from from my David and Lana binder so far, or at least all of the relevant parts. What’s my conclusion? I think Lana is actually Anya, and I think Anya will be there to meet David in Odessa and come clean about the deception. Unlike Caesar’s Maria, I’m hoping Anya will actually be a bit remorseful. David, who appears to be a rather sweet and gullible guy, will forgive her in an emotional scene with tears on both sides.

Anya will lay down the law about not being interested in David romantically, but they will have a nice time together during David’s remaining days in Ukraine any way. He will return home having learned a valuable lesson about online romance, and with a new friend.

Those last two paragraphs are purely fan fiction on my part.

To find out if I’m right, be sure to tune in for new episodes of 90 Day Fiance: Before the 90 Days airing Sunday nights at 8/7 on TLC!

On a side note, putting this post together made me realize that MTV and TLC should team up for a 90 Day Fiance and Catfish mash up documenting #90 Daytectives hard at work right after the first preview trailer for a new season drops! It really is a fun time and I think fans would get a kick out of going down all those rabbit holes — especially if it’s edited down to just the interesting and funny stuff. (There is quite a bit of time spent going down rabbit holes that are one hundred percent boring AF, and there’s no need for everyone else to take that journey.)

BEFORE THE 90 DAYS Rebecca filed for divorce from 3rd husband in May, but is still legally married