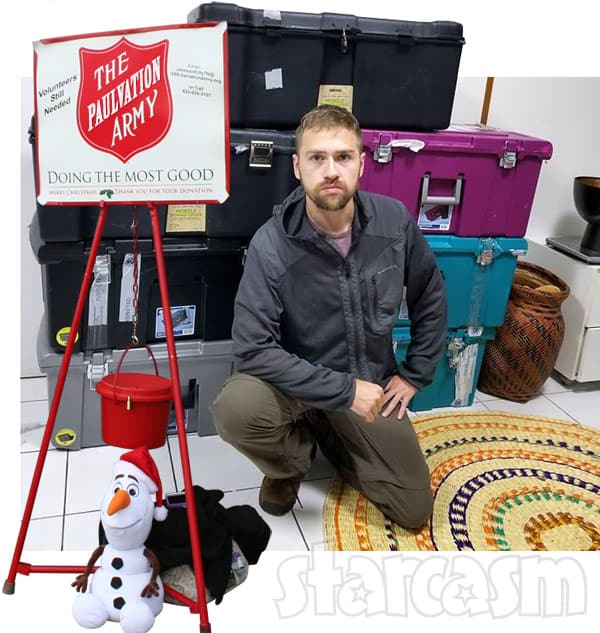 Before the 90 Days star Paul Staehle has been up the river in more ways than one, and now he is hoping his fans will help pay for his fiancee Karine to do the same.

Paul has been in Brazil with Karine for weeks now, and the two opted to spend their time together in the big city of Manaus, which is a little more than 525 miles down river from Karine’s hometown of Tonantins. Karine wants to return home to see her family for Christmas, but it seems the TLC film crew doesn’t want to make the trek, so they are not willing to pay for the trip.

As viewers of the show are well aware (“Bodock? Bodock. Bodock?”), it is quite the ordeal to make the long journey up river, and apparently it isn’t cheap. So, in order to help his lady get home, Paul has launched a GoFundMe campaign with a goal of $2,000 to pay her fare. Oh, and to cover the cost of Christmas gifts too.

Here is Paul’s full description from the fundraising campaign with the ACTUAL photo (The “Paulvation Army” photo above was completely fabricated in Santa’s Photoshop): 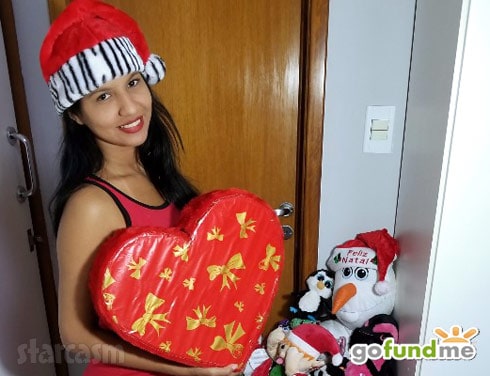 My name is Paul this Money is for my significant other Karine. Money is for round trip travel for Karine to go to Tonantins to visit her family for Christmas and be able to buy them all gifts. Any one that knows Karine knows she has a heart of pure gold and her family is her number one priority. Spending of any funds from here will be documented via self took pictures and self made videos . This is for Travel from Manaus to Tonantins. This is not for international travel. Any money over travel costs Karine will use for gifts. The gift shopping, Travel , and Exchanging of gifts and Family Christmas will all be self documented with self produced videos and pictures.

Paul has even gone so far as to set up donation tiers with premium rewards! For a $50 donation, you will “receive an automated Thank you video recorded by Karine.” Plus, “Karine will video call with you upon request to discuss Xmas Plans.”

If you’re willing to up your donation to $100 you will get all of the above, plus an autographed photo and…a lock of Paul’s hair?! “At this level it includes video call and a Thank you card and autographed photo if you include a address to mail it to…. Hair included is optional LoL”

Unfortunately, the campaign has already been up for 24 hours and Paul has yet to receive a single donation. I’m thinking he ought to incorporate some meme marketing into his fundraising efforts. Like this photo for instance: 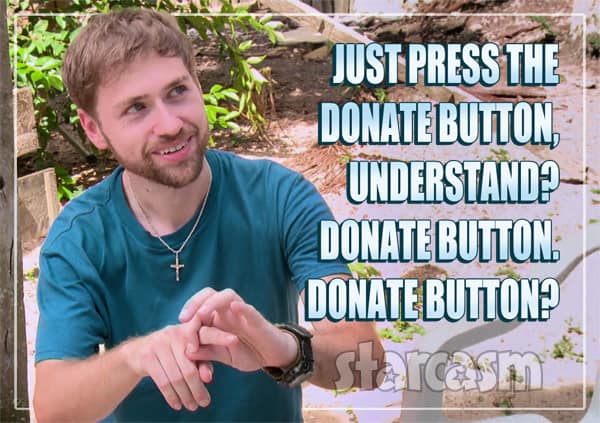 Meanwhile, folks have been wondering why TLC wouldn’t foot the bill for their break-out stars. “I think TLC should b giving her a Christmas!” wrote one Facebook commenter. “For all the stuff they make u guys do; or not do; or say! It’s the least they can do! It would also b a great ‘Special’ episode!! Hint hint TLC! ??????”

Paul replied, and remained VERY respectful of TLC and show producers: “They have been very nice to us. However they do not seem to want to return to Tonantins due to how expensive it is. So they canceled the recently planned trip due to the extremely high costs. Karine was very disappointed. But they have went out of there way in other areas.”

We will be keeping an eye on the campaign and will try to update if it reaches the goal.