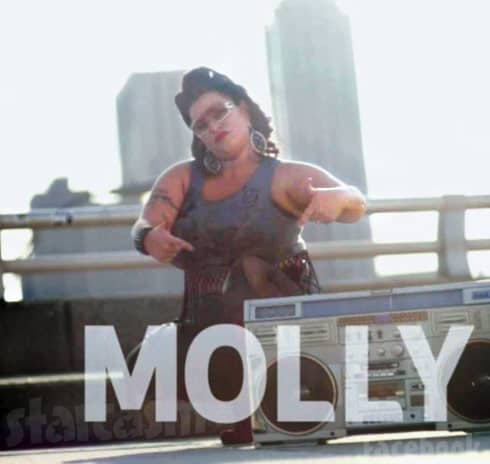 It looks like Evelyn Cormier is going to have some competition on the Billboard charts from one of her 90 Day Fiance co-stars! Molly Hopkins teased fans with photos in a recording studio last week, and recently she did an Instagram live session in which she made the announcement that she is writing and recording a batch of songs!

“My brother and I are going to get back in the studio — we’ve got some surprises coming for you guys,” Molly revealed. Molly is, of course, referring to her sexy bearded bro Jess, who became a real fan favorite on the show. Jess is a musician who plays multiple instruments and is a member of the band Rolling Nowhere.

“For anybody that doesn’t know, before I did bras, I was in school for music,” Molly continues. “So, it’s been missing. It’s kind of part of rediscovering myself.”

Judging from her Instagram, Molly and her brother Jess have been recording at BamVizun Studios. “Just wait until these cats come with a banger!!” Molly captioned an in-the-studio photo gallery with Jess and others. “Stay tuned! Studio sessions in full effect.” She hash tagged the photo album with #yachtdreams — I have no idea if that is a reference to a song, the album title, or something completely unrelated.

Just wait until these cats come with a banger!! Stay tuned ! Studio sessions in full effect @nstabam ..cause we 2 cold! @lefty2k2cold …#yachtdreams #saucey

“I’m super pumped to get back in the studio,” Molly says in her live stream. “I’ve been doing some song writing,” she adds — and it does sound as though her recent-ish split (and imminent divorce) from Luis Mendez will be the inspiration for some of the lyrics. “It’s amazing what kind of songs come out of people when they’ve been through stuff,” she reveals. “So, yeah, how bout that?”

How BOUT that?! It’s unclear exactly what kind of music to expect from Molly and Jess, but I would guess with her serious Southern personality that it will be somewhere between country and southern rock. I’m thinking Gretchen Wilson-ish? Then again, it could just be pop with a twang — think Molly Cyrus. (There’s gotta be one lingerie relationship song in there, right? I’m thinking a metaphorical titty ditty about Luis titled “Some Boobs Can’t Be Lifted.” Or maybe a twist on Dolly Parton’s classic tune famously covered by Whitney Houston titled “Owl Always Love You.”)

As far as the photo at the top of this post, which would seem to suggest we will be getting a rap album, that was a photo uploaded by Molly to Facebook in January with no explanation. I assume it was from some fun photo shoot for something not related to the music project she is currently working on.

Here’s another photo from her Facebook page with her name added album cover style: 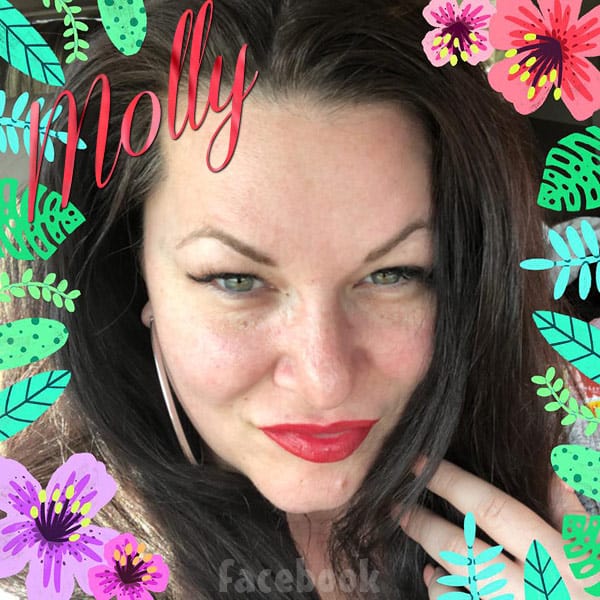 So what do you think? Are you excited to hear Molly’s songs?