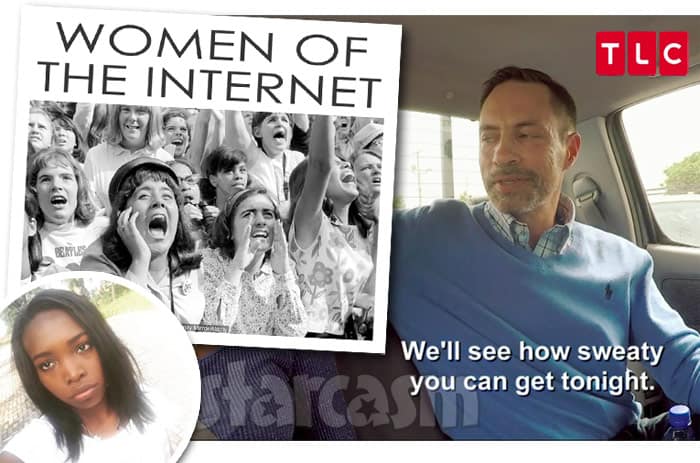 In a slightly unexpected twist, 20-year-old Before the 90 Days star Abby is lashing out at women trying to seduce her 47-year-old fiancé Sean Hiler!

“I don’t know how to really feel about all these women texting Sean Hiler, telling him to leave me, and they’re available,” Abby posted on Facebook Wednesday, along with a string of pondering ??? emoji. After numerous commenters asked how all these women got Sean’s phone number, Abby clarified that the messages were sent via messenger and not text. So how does she even know about the messages? “Abby is free to look through my phone any time she wants,” Sean explains. “I don’t hide things from her.”

When asked if the phone access privileges were mutual, Abby says “Sean Hiler can go through my phone whenever he wants. He just doesn’t do it because he trust me. (His words).”

Abby’s Before the 90 Days co-star Cortney commented with her support and similar story: “So thirsty and desperate hahah they do it to all of the men on our season ? Like get your happity ass on tinder and find your own man.” You can add Jesse Meester to the list as well. You might recall that he had to issue a public plea for women to stop soliciting him and sending him nude photos.

Abby would later post receipts of the Hiler woo in the form of screen capped conversations with a few of his would-be suitors — I will include some of those below. First, I will skip ahead to Abby’s most recent post about the lustful ladies looking to leech her man. “I think I’m gonna hold to Sean tighter because there’s plenty of B in the line waiting for us to break up??,” Abby wrote. She continues:

Sean knows what he’s got. The show doesn’t define sh*t about me or Sean. The first trip meeting Sean was only filming, no privacy, getting home at 1:00 am.i felt like I was just hired to play a role… We had no time to talk about anything. The second trip we really enjoyed it, we had time for ourselves, go on dates without a camera crew. And then everything started going the way we want. So good luck with the messages women.???

Oh, and in case you were asking yourself “Are Sean and Abby still together?” The answer is obviously yes. The two are currently in the Dominican Republic together, where Sean has posted about properties for sale there. Could it be that these impatient lovebirds are going to shack up in the Dominican Republic while waiting for their K-1 visa application to go through? Hmmmm…

Anyways, here are a couple examples of the Hiler groupies sliding into his DMs: 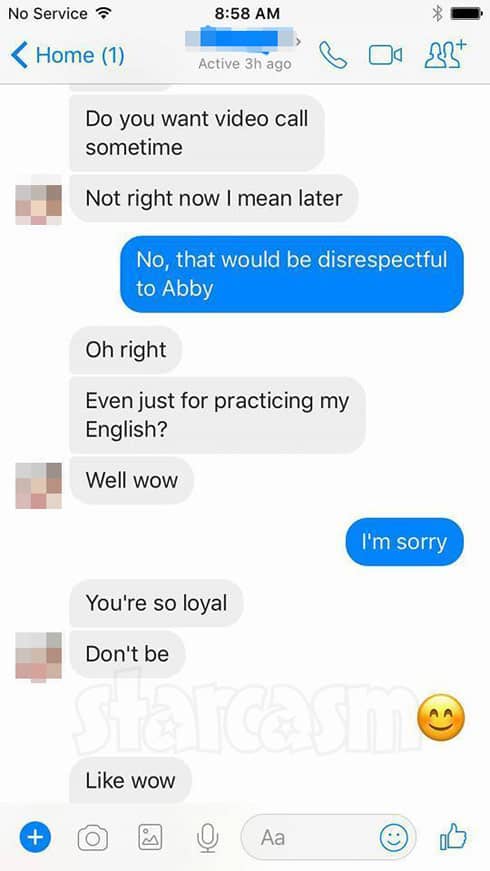 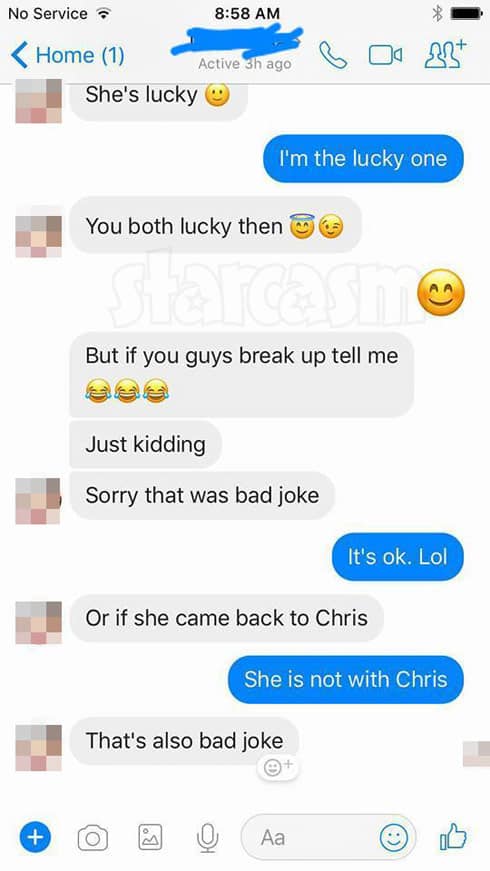 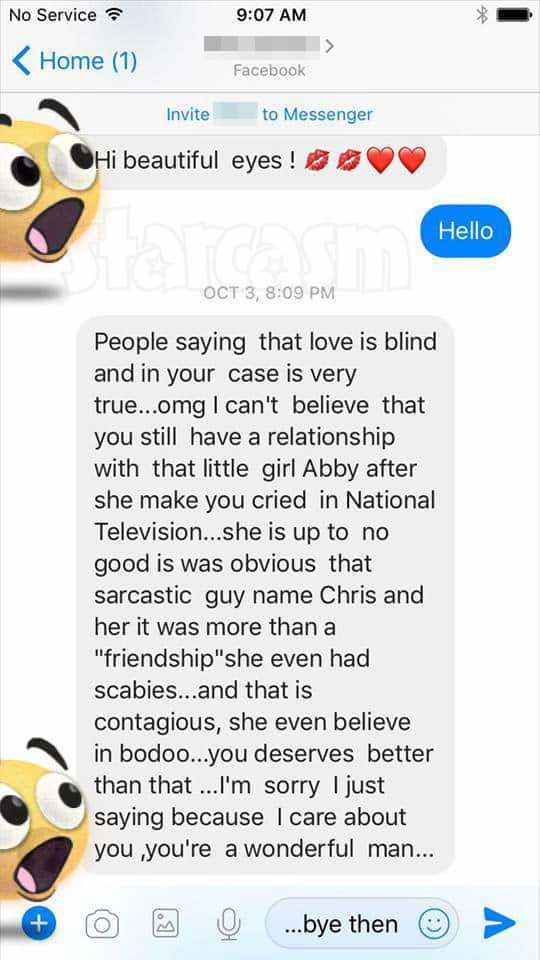 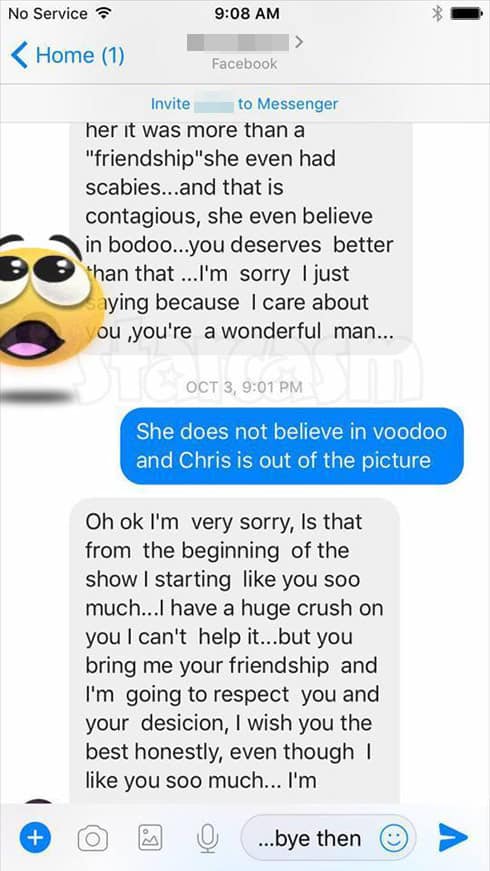 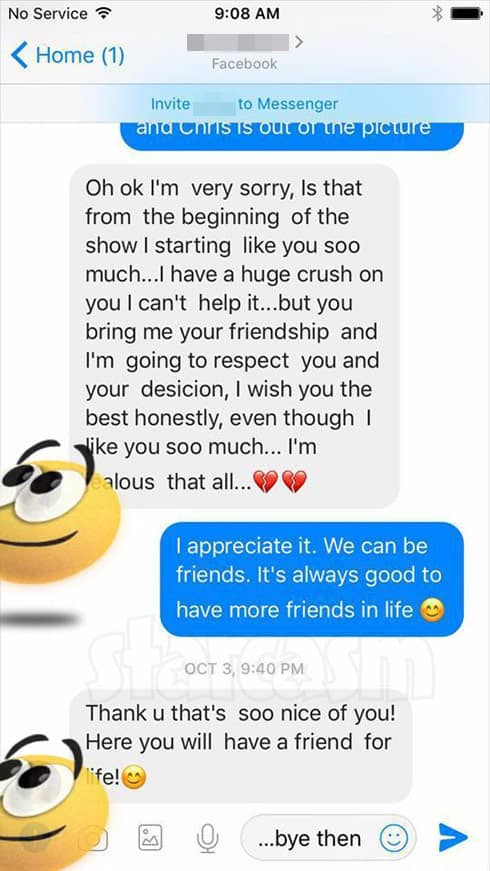 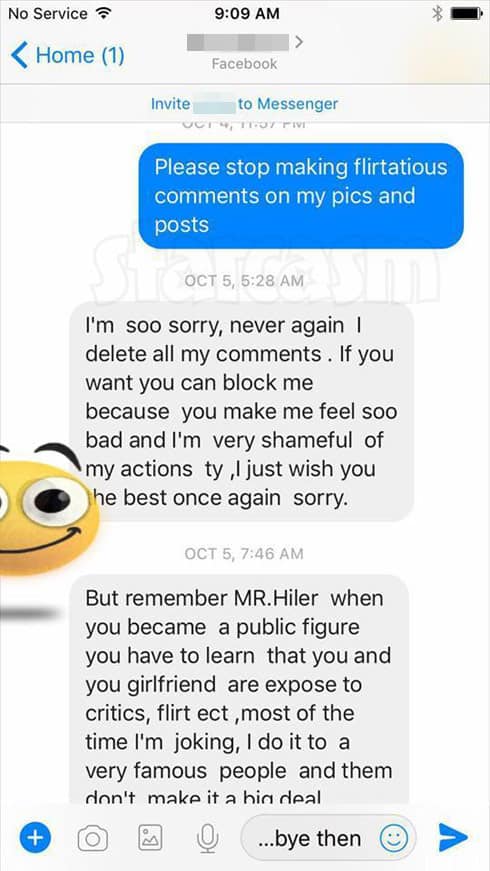 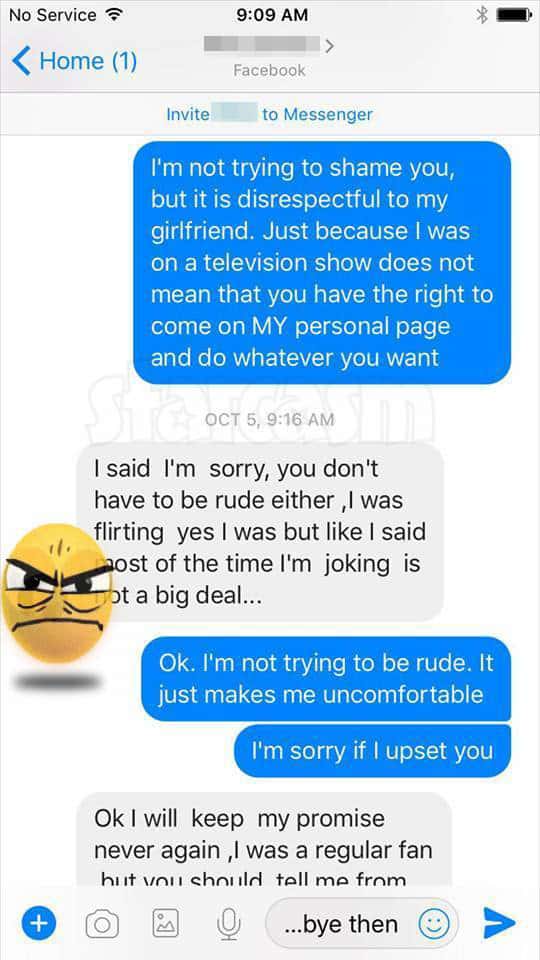 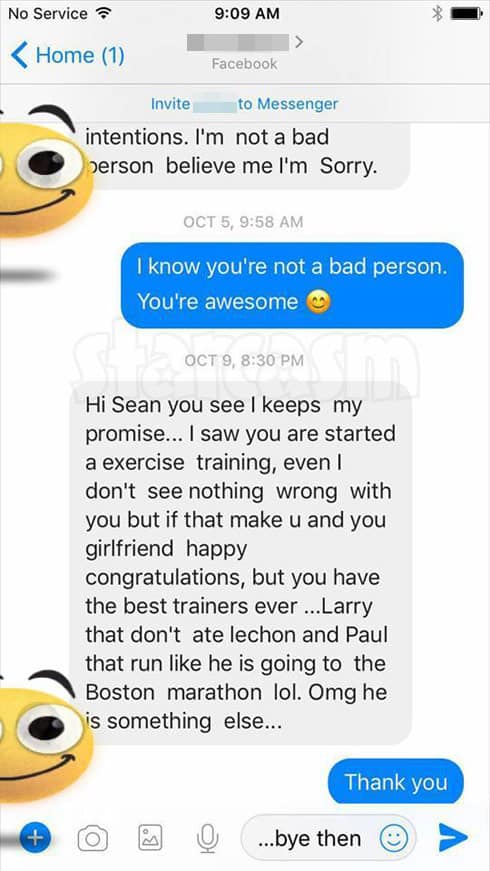 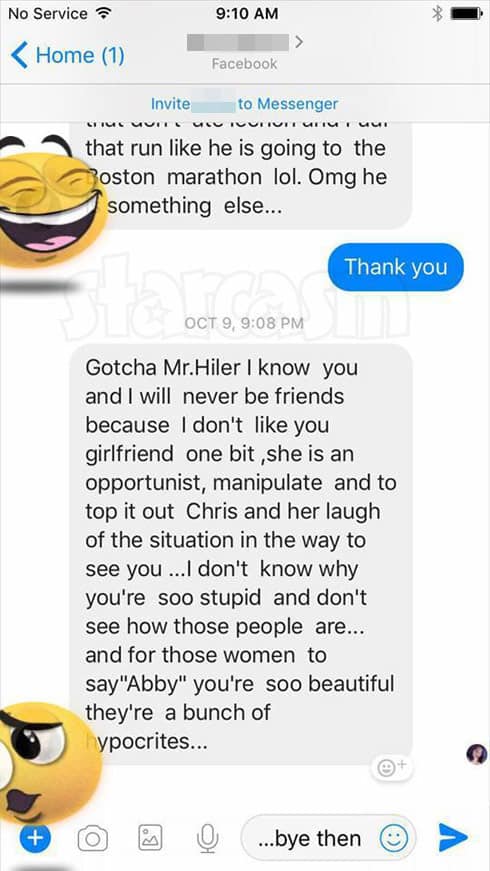 Alright ladies, y’all need to peel back and chill. Otherwise, Abby might be throwin’ some voodoo your way! (Or posting your name and romance skills all over social media.)

How Mark Wahlberg beefed up his biceps for ‘Pain and Gain,’ rep responds to steroid rumors