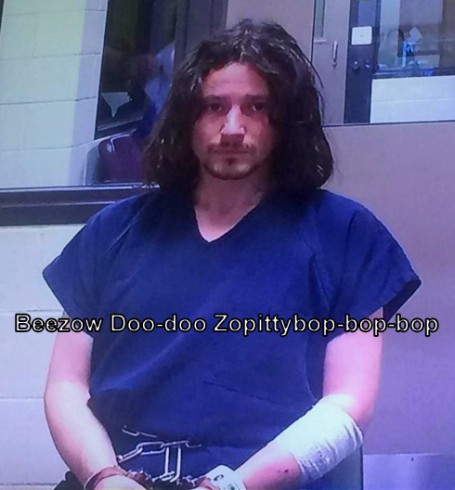 A petty criminal with the one of the strangest names to ever appear on a police blotter has found himself on the wrong side of the law–again.

Via court records obtained by The Olympian, Zopittybop-bop-bop was said to have been chased by a campus officer after he was found ripping down fliers from the library at Evergreen State College. After being caught and wrestled to the ground, Zopittybop-bop-bop tried to grab the officer’s gun, successfully bit the officer’s ring finger, and attempted to stab him with an ink pen.

Another county deputy joined in on the pursuit and tasered Zopittybop-bop-bop. This time, Beezow Doo-doo was apprehended after being taken to the ground.

Can you guess why Texas revoked this custom license plate?