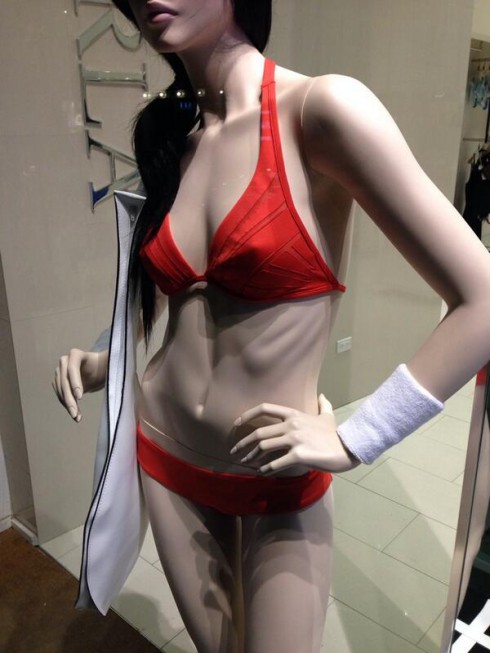 High-end lingerie retailer La Perla came under fire this week after a window shopper in New York noticed visible ribs on one of the mannequins.

How does #LaPerla think ribs on a mannequin is ok?! @SethMatlins pic.twitter.com/NPYMLQxhNc

Michael Rudoy’s Twitter image quickly went viral with the hashtag #NotBuyingIt. A representative for La Perla jumped into the conversation, saying they take the matter “very seriously” and were quickly trying to resolve it. The rep followed up a short time later with a statement…

The mannequin photographed has been removed from the store and will not be used again by any La Perla boutique. We are in the process of redesigning all La Perla stores with a new concept image and the mannequins that are currently displayed in our US stores will no longer be used. We appreciate and value everyone’s comments, thank you for bringing this to our attention.

Time noted that, although the La Perla mannequins are more extreme than most others, the standard mannequin is six inches taller and six sizes smaller than the average American woman.

There’s been a recent push-back against the thin mannequins, with a small number of retailers displaying plus-sized forms. A manager from Debenhams in the U.K. said he hopes “it will help people in some small way to feel comfortable about their bodies and, crucially, that other retailers will follow.”