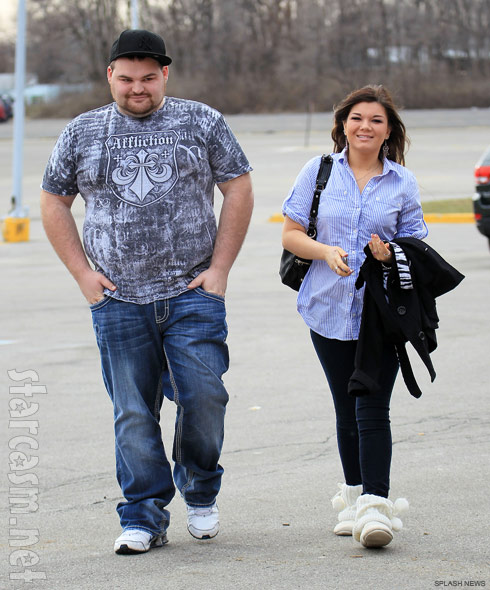 The 911 call placed by Gary Shirley after Teen Mom star Amber Portwood suggested to him over the phone that she was going to kill herself has been released.

In the brief phone conversation Gary explains to the operator that he had just gotten off the phone with Amber five minutes before and she had told him to call the police and that they “can find my body in the garage.”

Here is the audio of the 911 call followed by a partial transcript:

“And this was about five minutes ago when I called my mom to go over there because at first I was like, you know, she’s made several, she’s said this several times and I said, well if she’s not answering my phone calls she said call the police so they can find my body in the garage – I called her back four times and she didn’t answer, and so, you don’t tell anybody to call the police if you don’t really want to call the police.”

He also confirmed that Amber was by herself and that his mom was on the way over to her house as they spoke.

There was a bit of confusion late in the conversation when the operator asked what kind of car Gary’s mom would be driving:

Operator: What kind of car is she going to be in?

Operator: Wait a minute. You said your mother’s going over to check on her?

Operator: And she’ll be on foot?

Gary: She’s going to hang herself.

Operator: That’s not what I asked you sir. You said your mother’s going over there to check on her. Is she going to be in a car or on foot?

The call backs up Radar Online and Star magazine’s initial reports, which were later called into question when police said it was Amber herself who had called.

Say what you will about Gary, but he does get credit for doing the right thing here. If he had dismissed Amber’s statements or not done anything out of anger she may have been able to fulfill her wish to end her own life.