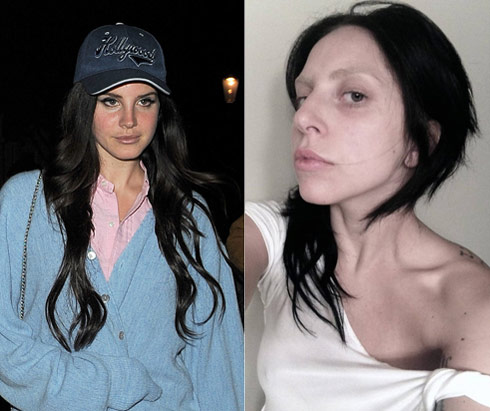 Apparently the lyric diss is not the sole proprietorship of rappers as another leaked song by Lana Del Rey informs Lady Gaga that “you suck.”

The song, “So Legit,” is believed to be a track written around 2009. Here’s the song followed by the lyrics that single out Gaga by her given name Stefani (Germanotta)- heads up, there are some explicit lyrics:

“Stefani, you suck/I know you’re selling 20 million. Wish they could have seen you when we booed you off in Williamsburg/You’re looking like a man/You’re talking like a baby/ Have we all gone Gaga crazy?”

Neither Gaga, who recently topped Forbes celebrity top-earners under 30 list, or Del Rey have commented on the tune. Gaga did turn some internet heads recently with the above photo she posted sporting dark hair and no make up.