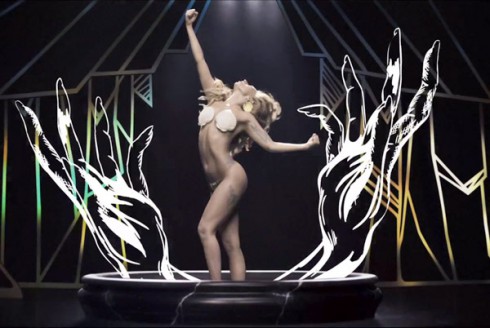 Lady Gaga just released the video for her new single “Applause” and it’s pretty much everything you would expect from a new Lady Gaga music video – which is A LOT! There are numerous bizarre costumes (is that an optic fiber rooster tail?!?), lingerie mattress gyrating, one “bikini” thing made out of shells and another out of gloved hands, a black swan with Lady Gaga’s singing head, and tons and tons of face paint.

So what’d ya think?

Lady Gaga leaks the lyrics for “Born This Way!”