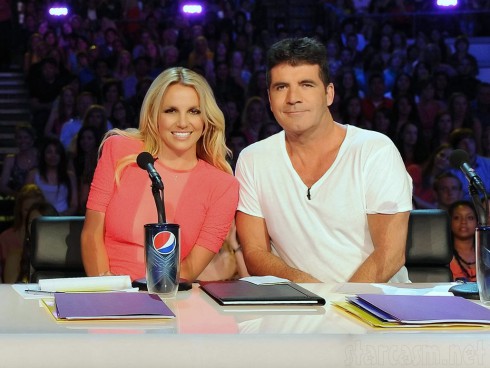 Are you one of the millions of people wondering what Britney Spears is going to be like as a judge on The X Factor this season? Thanks to a bit of good old-fashioned bootlegging from some fans in attendance at the recent auditions in Austin, Texas you can wonder a little bit less! Check out these audio recordings of Britney responding to performances in which it becomes pretty obvious pretty quick she is going to be holding nothing back!

In the first clip above, which reportedly takes place just after the contestant calls out Britney’s fellow judge Demi Lovato’s vocal abilities, Britney says, “I want to know who let you on stage. I feel uncomfortable with you even staring at me.” The contestant replies nervously, “Well, I feel uncomfortable with you staring at me, but I like you anyways.” D’oh! Seeeee ya!

In that clip Britney comments on the performer’s high-pitched vocals by stating, “I felt like I was listening to Alvin and the Chipmunks.”

“Really? You Really think so?”

“Yeah, I think your song was too high sweetie. You need to, like, bring it–”

“I just think that I got a high voice. I don’t think that there’s anything wrong with that.”

“There’s nothing wrong with that, but I just feel like if you want to win the next X Factor you–

“I would have to say you’re the most interesting person and the most person I took seriously today. I feel like your personality was adorable, and I thought you had a sincere, sweet voice. I liked it.” The judges then took a vote with Britney being the only one saying “yes.”

Another one Britney liked! Britney said to this apparent duo, “I feel like your songs were really great and your voices are magical. When you sing you have a really nice, soothing sound, and I wish you could wake me up in the morning.”

“Thank you! We wish we could wake you up in the morning!”

Demi hollers “Ayoooo!” and Simon Cowell then said something ending with “awkward!” at which point Britney’s face reportedly turned red.

The last clip is also bit awkward for Britney as she repeatedly gets 12-year-old performer John (I pulled a Brit-Brit, I meant Jake) Garza’s name wrong. Like a lot.

It looks like we’re going to have a fun season of X Factor with Judge Britney!

Britney Fail – Susan Boyle Gets It Wrong, Cancels Another Show