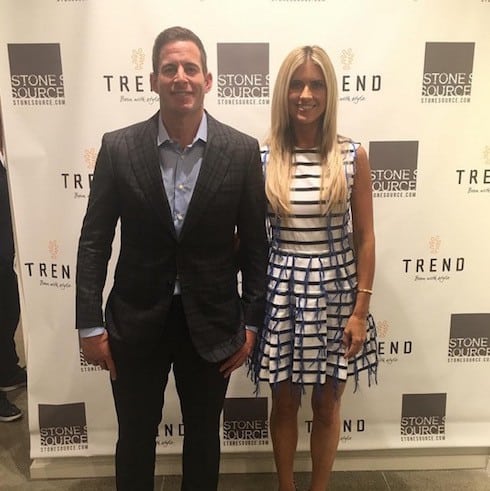 A new report has Flip or Flop fans asking the formerly unthinkable: Are Tarek and Christina El Moussa getting divorced? According to the surprise allegations, the couple has decided to split in order to ‘reevaluate their marriage’ following a possible suicide attempt involving five guns this past spring.

TMZ is reporting that the trouble for the HGTV couple began this past May, when police were called to the El Moussa’s Orange County home in response to “a call of a possibly suicidal male with a gun.” Per the site’s report, a total of 11 deputies and a helicopter convened on the home, where witnesses told them they had seen Tarek “grab a gun from his safe, run out the back door, and flee down a hiking trail,” and that Christina had emerged from the house “crying and shaking” shortly thereafter.

When deputies confronted Tarek, ordering him to drop his gun, he complied, saying he “had no intention of hurting” himself. He told police he had only taken the gun in case he encountered coyotes or rattlesnakes. Later, the police removed five guns–including an AR-15–from the El Moussa home.

The couple calls the incident an “unfortunate misunderstanding.” However, it apparently had something to do with their mutual decision to “split” after seven years of marriage. They released a statement on the split to People:

Like many couples, we have had challenges in our marriage. We had an unfortunate misunderstanding about six months ago and the police were called to our house in an abundance of caution. There was no violence and no charges were filed….During the process [of separation], we are committed to our kids and being the best parents we can be. We will continue to work through this process civilly and cooperatively, and plan to continue our professional life together.

It sounds like the couple intend to see if they can work things out, though multiple outlets are now claiming that “split” means they are headed for divorce.

Before today’s announcement, the biggest public obstacles the pair had faced were Tarek’s cancer diagnosis (he’s currently in remission) and Christina’s postpartum depression, which she discussed publicly in a candid interview following the birth of Brayden, she and Tarek’s second child together.

(Photo credits: Are Tarek and Christina El Moussa getting divorced via Instagram)