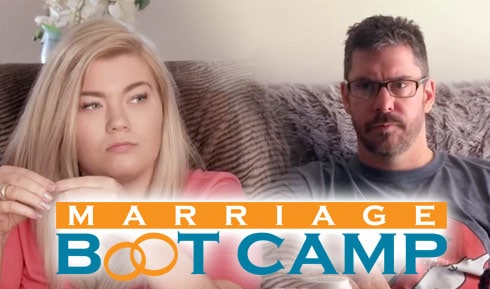 So was this the end game for all the recent drama between Teen Mom stars Amber Portwood and Matt Baier?

The relationship status between Momma P and Daddy B has been the biggest mystery circumnavigating the Teen Mom universe lately. A report published today, along with a statement from Amber to E! and a reveal by Amber on Instagram Live, may provide the answer.

Radar reports that Amber and Matt will be participating in Marriage Boot Camp on WEtv. Their sources claimed that the two “have been in talks with production for a while” and that they’ve kept their status mostly quiet in order to build up anticipation for the upcoming show.

Sometimes Radar will jump the gun with this type of stuff, but Amber lent credence to the possibility when she revealed during an Instagram Live session that she is headed to Los Angeles later this week to spend 18 days working.

The Ashley summarized Amber’s chat in which she had the following to say about her and Matt’s status: “We are not together. Matt has some issues he needs to work on and then we can see what happens. I’m not with him, but don’t say mean things [about him].”

We checked out the social media feeds for Marriage Boot Camp, and the most recent post this morning from co-host Ish Major, who’s flying to L.A. himself, verifies that the show’s about to be filmed:

E! News ran a post late last night in which they got a direct quote from Amber about herself and Matt. Her answer was predictably vague: “We’re working things out. We’re working on our issues. That’s all that needs to be said.”

If–and we want to reiterate it’s still an “if”–Amber has signed on with Marriage Boot Camp it wouldn’t be a shocker, as she’d been in talks for that gig before. When it was revealed that Farrah Abraham was cast after Jenelle Evans lost her opportunity to be on the show because of her pregnancy, Amber took the opportunity to shade Farrah while revealing they wanted her before her TM nemesis: 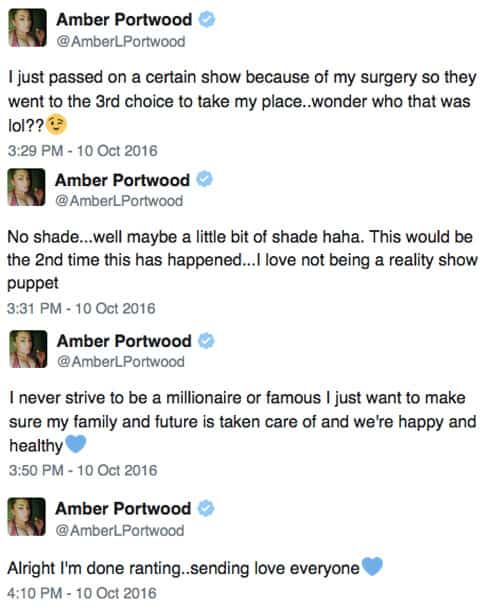 UPDATE – The Ashley’s Reality Roundup has since confirmed that Matt and Amber will be appearing on Marriage Boot Camp. “They knew for at least a month they were going to do it, and were telling people when they were in Los Angeles for the MTV Awards that they were coming back to California soon to film the show,” The Ashley’s source reveals. “Amber’s manager arranged the whole thing. Most of her clients eventually end up on a ‘Marriage Boot Camp’ show so it’s not really a surprise.”