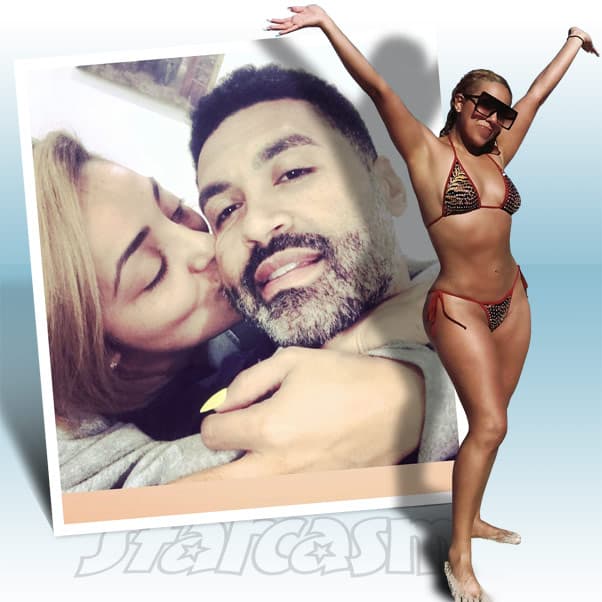 Former Real Housewives of Atlanta star Apollo Nida is back out of prison again! Again! According to federal prison records, the 40-year-old ex husband of Phaedra Parks is once again residing in a halfway house in Philadelphia — a little less than two months after his previous release to the same facility.

In case you missed it, Apollo was released to the Philadelphia Camp in downtown Philly in early June. However, he was sent right back to prison less than a week later after he reportedly “broke a technical requirement pertaining to the rules of his release,” according to The Blast.

Sandra Rose reported that the “technical requirement” Apollo broke was having “intimate relations” with someone inside of the halfway house. The site added that it was unclear if the alleged relations were with Sherien or someone else.

Sherien was infuriated by the Sandra Rose claim, and she offered her rebuttal on her Instagram story calling the report “fake news:”

HAPPY SATURDAY ? WANTED TO GIVE SOME VERY MUCH NEEDED ADVICE TO THE MEDIA (PARTICULARLY SANDRAROSE.COM) WHEN YOU BREAK A STORY, OR PIGGYBACK A STORY FROM ANOTHER PUBLISHER, TRY AND CONFIRM IT FIRST, IF YOU CAN’T CONFIRM THE FACTS DON’T REPORT IT. THAT’S HOW FAKE NEWS TRAVELS, SPECULATIONS ARE MADE CAUSING INNOCENT PEOPLE TO GET HURT. AS A NEWS OUTLET, THERE ARE STANDARDS AND RULES TO FOLLOW IN ORDER TO SUCCEED AND BE DEEMED “TRUSTWORTHY”. SHOW INTEGRITY, HAVE STANDARDS AND DO NOT REPORT FAKE NEWS ❗️ HAVE A GOOD DAY ?

In addition to lashing out at Sandra Rose, Sherien also lashed out at Apollo’s parole officer! She shared a photo kissing Apollo on Instagram and captioned it by writing: “They can’t stop us babe!!! For those who are confused @apollonida03 didn’t violate a go**amn thing. Another crime against a black man in the system. Jealousy is a disease and his PO will die mad!! ?‍♀️”

It’s unclear if it is related to his his halfway house rule breaking back in June, but it appears as though an additional six weeks has been added to Apollo’s seven-year sentence for wire, mail, and bank fraud. When I looked into his initial release on June 4, the Federal Bureau of Prison listed his release date as October 15 of this year. It now states his release date is November 26: 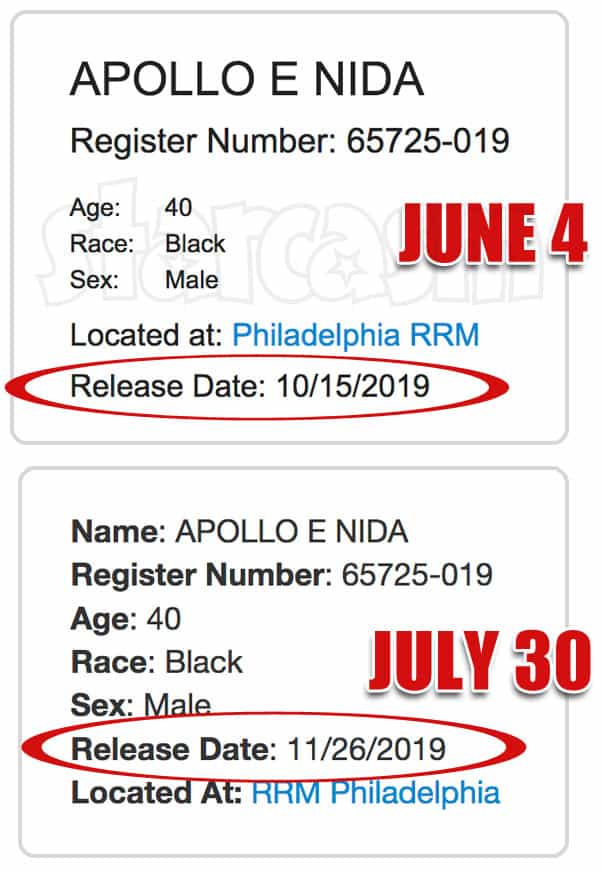 Sherien has remained quiet on social media after her prison bae’s most recent release. Well, quiet as far as words go. The Pennsylvania real estate agent has been anything but quiet as far as showing off her summer- and Apollo-ready bikini body!

Walking into the week like “what up bishhh!?” ?????? #happymonday #ittybittytittycommittee #beachbum #sunkissed

I’m not as jealous as Apollo’s PO or anything, but I have to confess that Sherien’s lookin’ good! Apollo needs to just keep that out of the halfway house completely! 😉

Sherien’s silence this time around is in stark contrast to Apollo’s release in June. Sherien made numerous posts then about reuniting with Apollo, including a photo of her and Apollo together:

To the love of my life…. When I picked you up, the FIRST thing you wanted to do, was call your children. What a beautiful thing to witness, they were sooo happy to hear from you ??❤️ Baby, it takes a certain type of man to be the father figure of a child that isn’t your own. I thank you for being the best daddy #princess ever had. One day they will all be in your arms and you will NEVER let go! ??Happy Father’s Day ❤️❤️ #freeapollo #prayingforyoualways #continuetobestrong #family #lovewins Photocred ?: @hidefpromos

So what do you think — will Apollo be able to stay out of trouble long enough to complete his time at the halfway house, or will he soon be back in prison yet again?

#RHOA Apollo Nida is back in prison after reportedly violating a rule at his halfway house ??‍♀️ https://t.co/bpkAGW6OnJ pic.twitter.com/rwielaoALQ

Sherien was featured on Say Yes To The Dress: Atlanta, but it is still unclear if she and Apollo have set a wedding date.