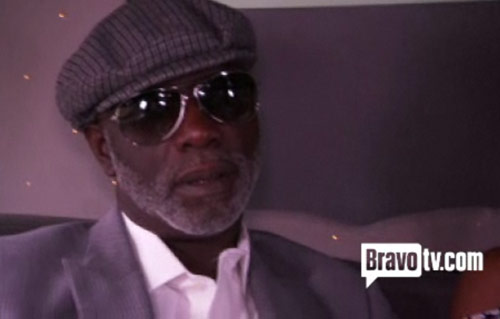 Peter Thomas is the 50-year-old night club owner who accomplished the very difficult task of tying down supermodel and chronic runaway bride Cynthia Bailey when the couple got married earlier this year.

Cynthia and Peter have been a welcome addition to the Real Housewives of Atlanta this season, especially whenever Peter gets to interact with the other new cast member, Phaedra Parks! Sparks flew when a pregnant Phaedra, Dwight, Cynthia and Peter took a limo ride together to a steeplechase event and the subject of children came up. Here’s a video clip from Bravo – the conversation about the kids is right at the end:

Phaedra: I do not want a man with a bunch of crazy kids everywhere.

Peter: I have five.

The clip cuts off at that point, but Phaedra continues to put her condescendingly smug foot in her mouth by saying she wanted a “clean” man and not one with all that baggage and all those baby mamas. (The use of the word “clean” seemed quite ironic given the fact that her husband just got out of prison after serving five years!)

In a recent interview with Essence Peter addressed the limo conversation and Phaedra in general:

ESSENCE.com: What did you really think of Phaedra’s comments about wanting a “clean” man?
THOMAS: Phaedra is like 36, 37 years old and word around town is she’s dated a couple of rappers she represented, so when she says “clean” she probably means someone that doesn’t have baggage so she doesn’t have to deal with mothers from previous relationships. My point to her was I’m a grown man and I have five kids, and there’s really nothing wrong with it. I would understand if she was like 22 and getting married but as old as she is saying that… the only reason Apollo is “clean” is because he’s been incarcerated for the last six years. She’s an idiot. That’s how I really feel about the statements that come out of her mouth. 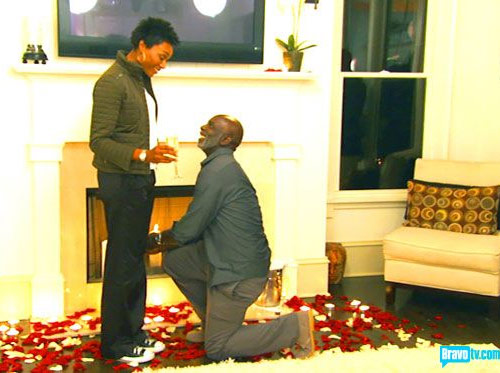 But that wasn’t all Peter had to say, he also shed a little light on his background:

ESSENCE.com: We don’t know that much about you. Do tell.
THOMAS: I’m Jamaican-born, Brooklyn-raised, lived in Miami, had seven or eight nightclubs in South Beach for the past 20 years. I’m a New York, Miami dude, and I lived in London for a while. I get around, and Atlanta’s new to me. My parents live here.

He also talked about meeting Cynthia while looking for a car after moving to Atlanta to be with his ailing dad, Cynthia’s propensity for getting cold feet, his notorious gray beard and his thoughts on some of the other RHOA cast members:

ESSENCE.com: How do you feel about the other castmates?
THOMAS: I don’t really know them enough. I’ve been around Sheree a few times and she’s always cordial. NeNe, she’s loud. I could be around NeNe, she could definitely be my homegirl. Kandi’s a really nice person, and Kim’s just crazy.

I’m likin’ me some Peter! Wait, that didn’t sound right…

Anyway, check out everything Peter had to say over at Essence.com!

Why was Sherée Whitfield fired from Real Housewives of Atlanta again?