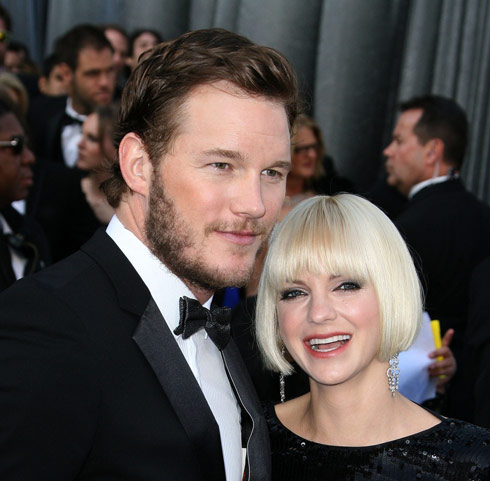 So it looks like Snooki wasn’t the only celeb having dem babies. Super-funny actress Anna Faris (The Dictator, The House Bunny) and her, well, super-funny actor husband Chris Pratt (Parks and Recreation) welcomed their new son Jack recently.

“The couple are happy to announce the birth of their beautiful baby boy Jack. He arrived earlier than expected and will be spending some time in the NICU. The happy parents thank you for your warm wishes and ask that you honor their privacy during this time.”

Faris first revealed her pregnancy news in May and then appeared a day later at The Dictator premiere rocking said baby bump. The new parents were married in 2009.

I bet Anna’s going to have some good jokes about her big news happening in the shadow of Snooki’s! Congrats to Anna and Chris on their exciting news.