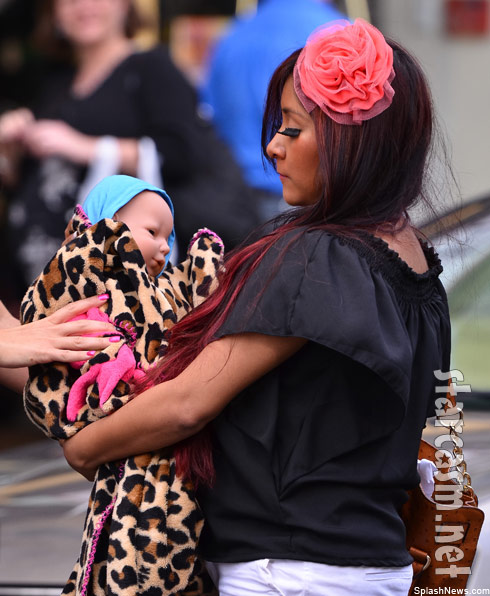 Nicole “Snooki” Polizzi had reportedly gone into labor last night and as it turns out, she did! The Jersey Shore star gave birth yesterday in Livingston, N.J. The reality star had been busy all week filming the second season of her reality show with Jenni “JWoww” Farley but will be taking a break from filming to tend to celebrate the arrival of her son.

According to PEOPLE Magazine, Polizzi gave birth to a baby boy, named Lorenzo Dominic LaValle, shortly before 3 a.m. on Sunday, at the Saint Barnabas Medical Center. Ironically, she had just tweeted, “I’m a balloon waiting to pop” on Friday night. Although her exact due date wasn’t known, it had been reported that it was some time in early September so Lorenzo came a little sooner than expected.

Earlier this morning, Polizzi tweeted to fans about her new baby, “I am SO IN LOVE with my son Lorenzo Dominic ! I had my little man last night, healthy at 6lbs! HE’S MY WORLD! ❤” So far, her fiance Jionni Lavalle has been silent on Twitter. 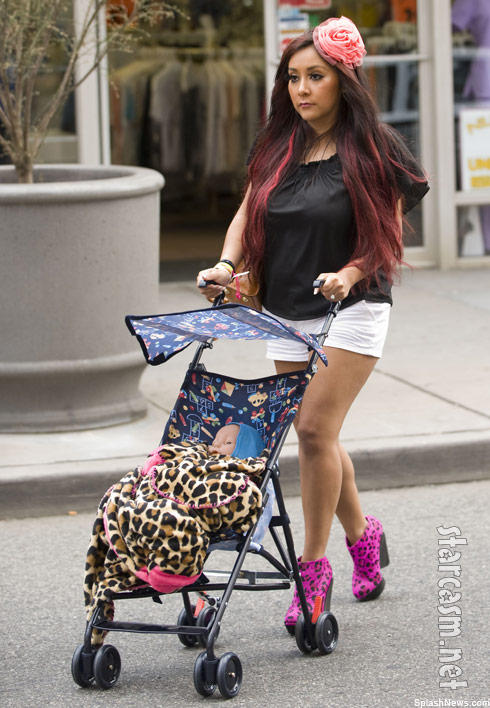 Also this morning, Jersey Shore co-star DJ Pauly D tweeted, “Congrats @Snooki and @JLaValle !!!! I’m Officially Uncle Pauly !!! #MyMeatballHadAMeatball.” Polizzi had previously said that she wanted Pauly in the delivery room. No word on if that happened. Deena Cortese also tweeted her excitement, “Congratulations meatball ! @snooki and @JLaValle love you both! <3 I can’t wait to see him!!!”

The couple’s little giudo weighed in at 6 lbs, 5 oz. and will make his television debut alongside his famous mama some time next year on Snooki & JWoww sesason 2. Polizzi will also be seen in the sixth season of Jersey Shore which premieres on October 4.

Lorenzo is sure to be one spoiled little boy. Snooki’s friends recently threw her a baby shower where she received plenty of top of the line goodies. Plus, this is Snooki we’re talking about so you know she’s going to go all out with her son’s fashion and toy collection.

What are the odds of Kylie Jenner having six more children?