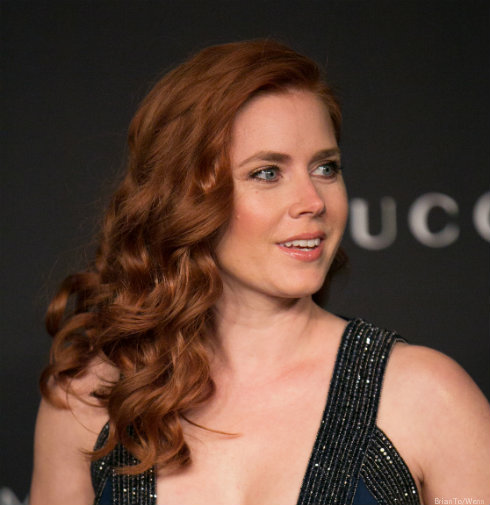 Academy Award favorite Amy Adams was scheduled to appear on The Today Show this Monday, but the interview was abruptly canceled because she didn’t want to talk about the Sony Hack. Her team and The Today Show just have very different accounts of how she expressed that opinion…

One of the leaked Sony documents recently revealed Amy was paid less than her male American Hustle co-stars, including Bradley Cooper. Before her Today interview, producers said they planned to ask her opinion on the hack.

“Amy said she didn’t want to contribute to the media coverage of it,” a source close to the Bright Eyes actress told Page Six. “Then she was abruptly told that her interview with Today was canceled. She was shocked and upset.”

The source noted Bradley was on the show the same day to promote his new movie, but he wasn’t asked about Sony. Another insider called the situation “unfortunate” for Amy.

“She was not aggressive or freaking out,” that source told Us Magazine. “Amy didn’t do anything wrong and they pulled the interview.”

NBC officials and insiders paint a different picture. In a statement, an NBC rep said they felt they had no choice but to cancel the interview because of Amy’s conduct.

As a news program, the Today show doesn’t allow guests to put restrictions on interviews. In this case, after hours of discussion we felt uncomfortable with the demands being made and we determined the best course of action for all parties involved was to cancel the interview

One person who witnessed the green room exchange told Page Six Amy “was angry and acting belligerent, she was yelling at Today producers, and reduced a young female staffer to tears… Part of the episode was caught on tape.”

A rep for The Weinstein Company, which is releasing Amy’s new movie, encouraged NBC to produce any tapes from the encounter and added, “We would happily finance an internal investigation to get to the bottom of this because we have no doubt Amy handled herself as a professional.”

VIDEO Snooki teaches Matt Lauer all about the weenis