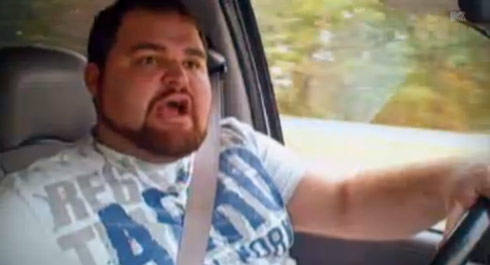 Teen Mom Amber Portwood was taken to an area hospital after a reported suicide attempt yesterday. The police have made an official statement from their end in regards to what they found at her residence:

“Late this morning (11:34 a.m.), Anderson Police responded to a call at a residence in the 1300 block of Pleasant Meadow Drive.  According to the caller, 21-year-old Amber L. Portwood was depressed and threatening to end her life.  The victim, who did not appear to be injured, was transported to a local medical facility for further evaluation.”

The family of Portwood spoke to E News and they are blaming baby-daddy Gary Shirley for what happened to Amber and her hospitilization. Amber’s brother Shawn Portwood had strong feelings about why Amber was in such a bad place emotionally. He stated that Amber told the family she was suffering a panic attack because Shirley was calling her and threatening to take away their daughter Leah. Shawn went on to add:

“He’s verbally abusive to her. Our whole family thinks he’s the reason behind all of Amber’s problems. He’s constantly threatening to take Leah away.”

As we previously reported Gary took to Twitter to defend himself against cheating allegations and to let everyone know that due to the current circumstances Amber’s Twitter account had been removed. His last tweet about Amber read:

I will say this Amber is fine. I never threatened custody to Amber if we couldn’t trust each other we would have problems. But we can.

The official trailer for Season 3 seems to contradict that statement as a clip is shown of Shirley, Amber and Leah riding in a car as the two parents are having a loud argument. During the yelling Gary proclaims, “Watch your mouth or I’m going to take Leah away from you!”

Shawn Portwood firmly believes that because of Gary Shirley’s alleged actions that it is his and his family’s goal to keep Leah away from her mom.

We’re wishing the best for all parties involved and are encouraged by the fact that Gary stated Amber was “fine.” Radar reported that Gary visited Amber for a brief period of time in the hospital yesterday.