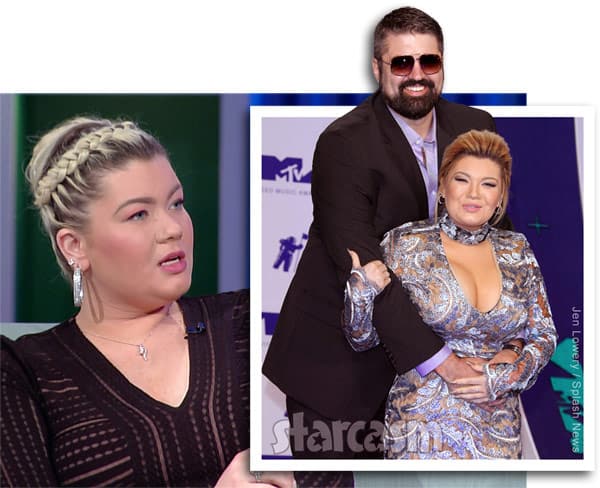 What a huge couple of days in Teen Mom OG news! Less than 48 hours after Farrah Abraham revealed that MTV had fired her from the show, it is being confirmed that Amber Portwood is currently pregnant with her second child!

People first broke the story earlier today with basically one sentence: “A source confirms to People she is telling family she is pregnant with baby no 2.” The Ashley’s Reality Roundup later re-confirmed Amber’s pregnancy, explaining that it was the reason Amber was M.I.A. from the recent Teen Mom OG tapings in Los Angeles.

“The official word told to everyone was that she didn’t come because she was sick,” a source tells The Ashley, “but basically everyone knew it was morning sickness. She’s been having a hard time so far, but Amber is totally thrilled about the pregnancy.”

The Ashley says that the show’s production crew knew about the pregnancy as early as late September, when Amber and dad-to-be Andrew Glennon took a trip to Hawaii:

Speaking of the dad-to-be, this will be Andrew Glennon’s first child. You can find out ALL BOUT HIM in our profile post.

Congratulations to Amber and Andrew! I’m sure it will be cuh-razy watching the pregnancy announcement this season! (Which premieres November 27 by the way.)