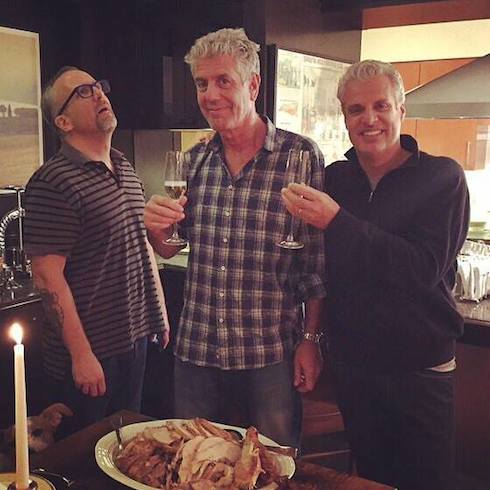 Anthony Bourdain likes to rile people up. He recently said some unflattering (and typically Bourdanian) things about the stable of chefs over on Food Network–and Food Network mainstay Alton Brown was not pleased.

To set the stage: Anthony Bourdain was at Atlanta’s Fox Theatre for his Close to the Bone tour last month. He spoke on a wide range of topics culinary and addressed a broad swath of celebrity chefs; for example, of Man vs. Food host Adam Richman, Bourdain said “Why did we watch that show? Admit it. You wanted him to die.”

At another point in the show, Bourdain shared his thoughts on Diners, Drive-Ins, and Dives host Guy Fieri. “I sort of feel in a heartfelt way for Guy,” he said. “I wonder about him. He’s 52 years-old and still rolling around in the flame outfit….What does he do? How does Guy Fieri de-douche?” 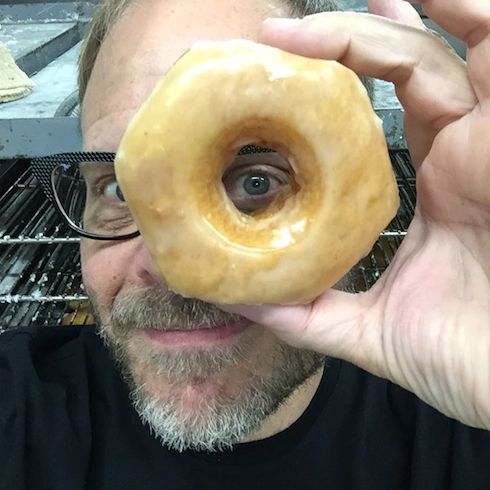 Those comments did not sit well with Alton Brown, who’s been a Food Network staple since well before the channel was the behemoth it is today. Brown discussed Bourdain’s comments in an interview with People, and pointed out something kind of shocking: we don’t really see Anthony Bourdain cook on TV anymore, do we?

“I don’t have to defend my skills against anybody,” Brown said. “I’ve got 14 years and 252 episodes of a show called Good Eats that I’m pretty sure I can use as a résumé for my skills.”

He continued: “When was the last time you saw Anthony Bourdain actually cook anything? I’ve spent 14 years cooking my own food on television and I’ve never seen him cook a meal.”

Brown did have some words of praise for the host of Parts Unknown. “I will say this: I think that [Bourdain] is probably the best writer about food. I’m jealous of his work. He pokes a lot of things and that’s fine; you have to have critics, issue provocateurs, so to speak….I’m a fan, and the few times I’ve gotten to work with him I enjoyed it immensely.”

I have zero beef with @altonbrown . Smartest stuff on FN and a hero to my daughter

If there’s ever talk of a Food Network-CNN kitchen crossover, we know who Bourdain will deign to work with.

Alton Brown questions America’s “pornification” of food: “We have designed our system to force people into nutritional slavery”