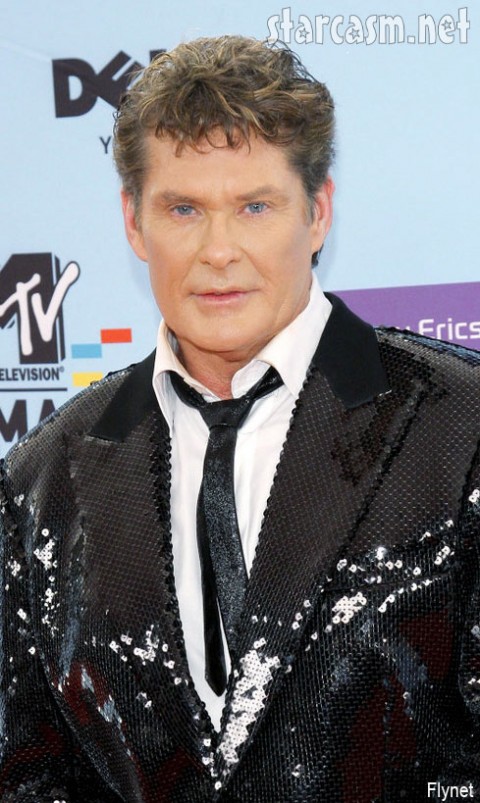 David Hasselhoff is being held in an involuntary psychiatric hold after being rushed to the hospital Friday after he was found unconscious in his home. David had been drinking for days and has been on anti-seizure medication, so it’s believed that his alcohol binge led to a seizure. According to Radaronline, Hasselhoff had seen a doctor in the middle of his at least three day booze bender. Right now he is being held against his will under the 5151 California code that Britney Spears and Mischa Barton have made famous.

The Hoff has struggled with alcoholism for years, and this past year his problem has noticeably escalated. His family has tried to cover up his drinking, but he’s landed in the hospital a number of times in 2009 over alcohol-related incidents, and even admitted to Mitch Winehouse that he was “like Amy.”

Here’s a timeline of The Hoff’s 2009 battle with The Sauce:

May  – Treated for alcohol poisoning after being found by his 16-year-old daughter, Hayley. Family denies that he has a problem with booze.

October – Has a weeklong bender in UK while there for Simon Cowell’s birthday, accidentally decks a doctor sent to his hotel room to help him.

This was serious back in May, and the situation has only gotten worse. Hopefully Hasselhoff will check out of the hospital and into rehab. There’s no shame in getting help.

Kendall Jenner and ASAP Rocky dating: Who is her new boyfriend?