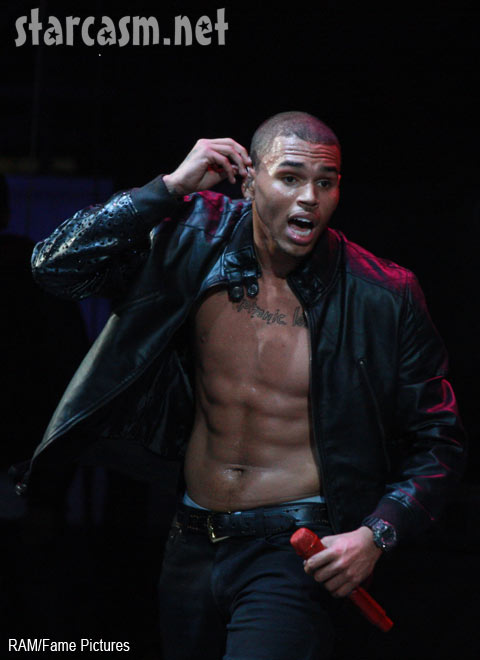 ABC may have banned Adam Lambert, but they’ve asked girlfriend beater Chris Brown to tell his side of the story on an upcoming episode of 20/20, set to air December 11. Just a few weeks ago Rihanna sat down with Diane Sawyer to speak out for the first time about the incidents that happened February 8, 2009, when Chris Brown beat her bruised and bloody over an argument about another woman texting him. That’s right, not only was he more than likely cheating on Rihanna, he also punched her face in for getting angry about it.

The Rihanna interview was very honest and brave and sent a great message out to girls, women, and others in abusive relationships: get out, at all costs. Excerpts aired on Good Morning America, and the full interview premiered on 20/20. Chris Brown spoke to MTV the day of  Rihanna’s interview aired in full, stating that he felt what happened between them that night should be private. He must not feel that way anymore, or maybe he’s just anxious to sell copies of his new album, Graffiti, out December 8.