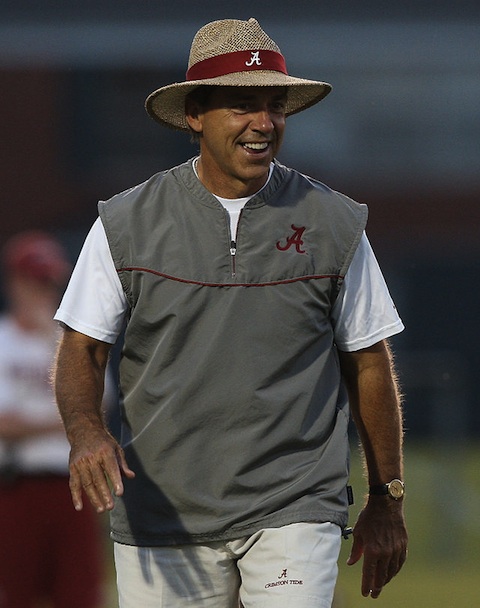 The latest heavyweight college football matchup has been announced, and it’s a doozy: perennial championship contender Alabama will take on the University of Southern California in the September 3rd, 2016 edition of the Cowboys Classic.

The Crimson Tide have made a habit of scheduling major non-conference opponents in season-opening games. This year, they will play West Virginia at the Georgia Dome in Atlanta; they defeated Virginia Tech at the same venue to open the 2013 season.

And they defeated Michigan 41-14 in the 2012 edition of the Cowboys Classic.

USC has never played in the game. 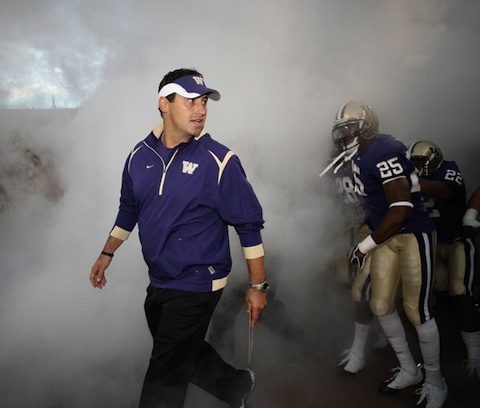 Before taking over at USC, Steve Sarkisian was the head coach up the coast at the University of Washington.

One subplot of note: former and much-reviled USC head coach Lane Kiffin became Alabama’s offensive coordinator during this past offseason. Kiffin was fired from USC five games into the 2013 season, after going 4-7 in his last eleven games to that point.

By contrast, Alabama has won three of the last five college football championships.

A yearly showdown between college football powerhouses, the Cowboys Classic has been one of the first games of each new season since its inception in 2009.

The game takes place in AT&T Stadium in Arlington, Texas. The stadium is home to the Dallas Cowboys, and, with a standing-room-only capacity of 105,000, is by far the largest in the NFL.