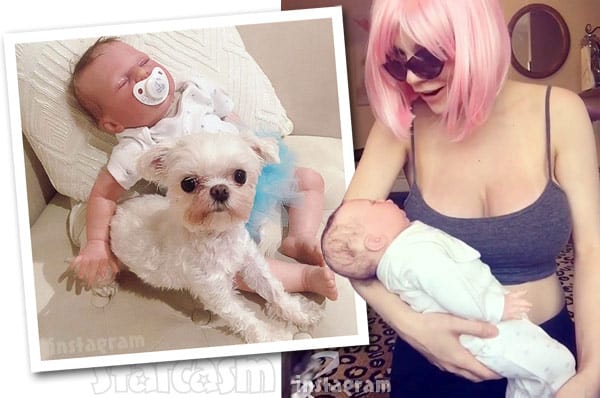 Courtney Stodden got a visit from a stork wearing a UPS uniform this week as she welcomed a “reborn baby” to help cope with the grief of losing her first child to a miscarriage earlier this year.

Courtney shared her delivery with fans in the form of an Instagram video in which she returns home to find her little bundle of joy extremely well packaged and left at her doorstep. Courtney then performs a rather hurried and excited C-section with a pair of scissors before finally seeing her life-like little boy for the first time. Here’s the clip:

Just received my reborn baby today! exciting ? i know it may seem a little strange but my therapist suggested that having him may help me cope with my loss. #rebornbaby

“Just received my reborn baby today!” wrote Courtney along with the video. “Exciting ? I know it may seem a little strange but my therapist suggested that having him may help me cope with my loss,” Courtney explained.

Courtney later shared her baby’s birth certificate, which reveals that he was made by Angela Bunday from the Tiny Toe Angels Reborn Nursery on etsy.

The birth certificate picture was followed by this black-and-white photo collage: 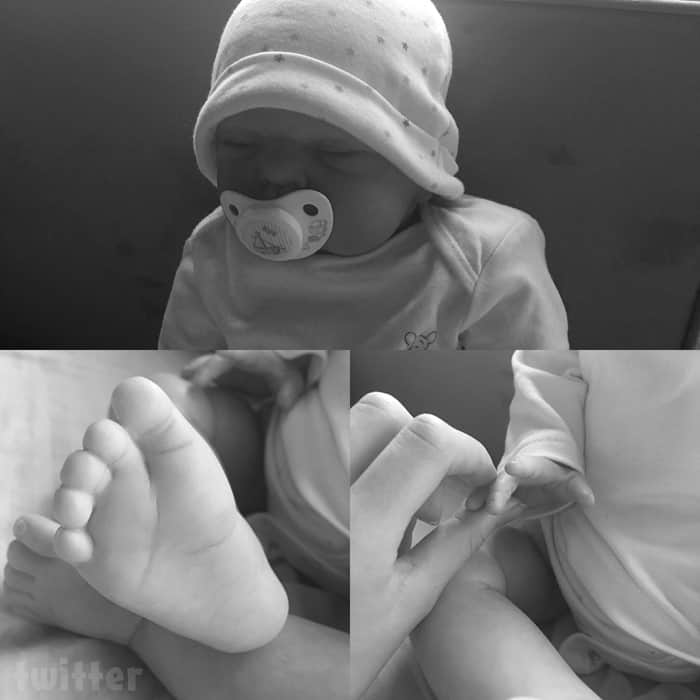 Courtney’s most recent photo of her reborn baby includes her other four-legged baby, and she captioned it with “The Babies?” 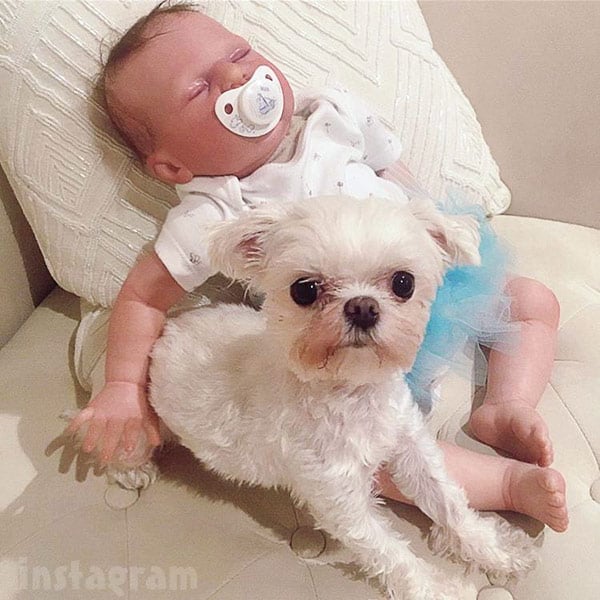 Congratulations to Courtney 🙂 We’re all in favor of whatever helps to ease her grief. (And WOW that baby looks SOOO real!)