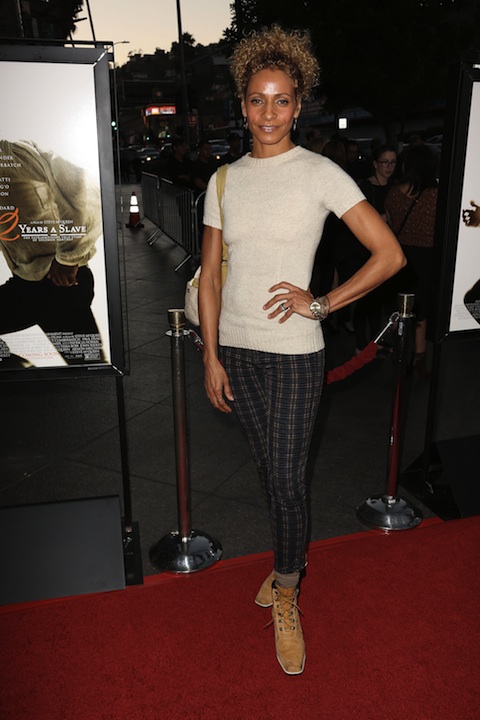 It seems like each new day brings another sexual assault allegation against Bill Cosby. Today, actress Michelle Hurd’s claims–which she shared in a since-deleted Facebook post–are getting serious attention.

Hurd, who is best-known for long runs on Law and Order: SVU and The Glades, said: “LOOK, I wasn’t going to say anything, but I can’t believe some of the things I’ve been reading, SO here is MY personal experience.”

I did stand-in work on The Cosby Show back in the day and YES, Bill Cosby was VERY inappropriate with me….[Cosby had me do] weird acting exercises where he would move his hands up and down my body, (can’t believe I fell for that)….Then fortunately, I dodged the ultimate bullet with him when he asked me to come to his house, take a shower so we could blow dry my hair and see what it looked like straightened. At that point my own red flags went off and I told him, ‘No, I’ll just come to work tomorrow with my hair straightened.'”

As if that weren’t enough, Hurd claims she knows of worse things having happened to others:

Turns out he was doing the same thing to her, almost by the numbers, BUT, she did go to his house and because I will not name her, and it is her story to tell, all I’ll say is she awoke, after being drugged, vomited, and then Cosby told her there’s a cab waiting for you outside. I have ABSOLUTELY no reason to lie or make up [sic] this up!

IMDB doesn’t credit any of the stand-in work to which Hurd refers, but does list her as a cast member on an episode of The Cosby Mysteries in 1995.

Cosby has remained silent while the allegations have mounted. Over the weekend, the New York Times reported that fifteen (15) different women had come forth with stories about sexual misconduct by the star. At least one other account in addition to Hurd’s has surfaced since then, so it’s not clear if hers is the seventeenth or eighteenth recounting.