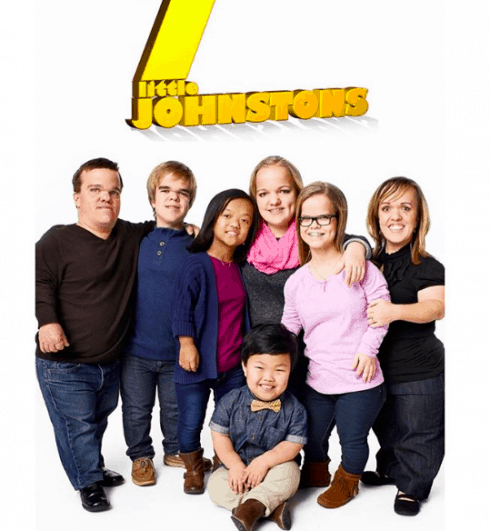 TLC parents Amber and Trent Johnstons showcase their family life with five kids on reality television. Everyone in the family has Achondroplasia dwarfism, but only two are Amber and Trent’s biological children. After difficult deliveries with their first two children, the couple traveled the globe to adopt other children with Achondroplasia dwarfism.

Jonah and Elizabeth are the couple’s oldest children, and are biologically theirs. Complications from pregnancy can increase when the mom has Achondroplasia dwarfism, and Amber’s pregnancy with Elizabeth was especially difficult. Amber is only 48 inches tall and at the end of her pregnancy she was 51 inches around. After Elizabeth’s birth, Amber had a tubal ligation to insure she would not get pregnant again.

The Johnston’s three youngest children are adopted: Anna is from Russia, Alex is from South Korea, and Emma is from China. Last year the family considered traveling again to China to further expand their family, but ultimately decided not to because they wanted to focus on a secure future for their current family.

New episodes of The 7 Little Johnstons air Tuesdays at 8/7c on TLC.

Do the Kardashians spoil their children too much? Khloe responds ?