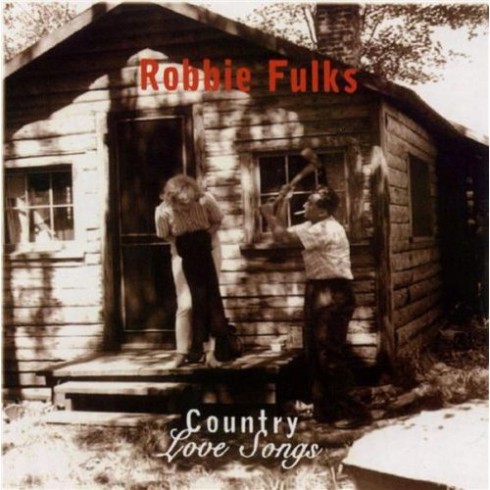 Robbie Fulks is my paradigm of proof in regards to the incalculable value of the long running show Austin City Limits. Its importance in disseminating authentic music to new audiences places ACL alongside the granddaddy of country music programs, The Grand Ole Opry. I first heard and saw Fulks on an episode of the show and in particular it was the performance of “Barely Human” off of Country Love Songs that had me on the edge of my chair while scrambling my brains.

The song was dark man, like in the vein of a Doc Boggs murder ballad dark, and the rawness and the proficiency of Fulks to be able to get it across was something to behold. I went out and bought the CD from a local independent music store, that is now closed of course, expecting a countrified version of Springsteen’s Nebraska based on “Barely Human” but what I got was so much more. To this day when I let that same little disc spin I’m amazed by the range and diversity of great songs on a debut release from a skinny, goofy looking white guy that hailed from Chicago of all places.

Fulks told Kevin Roe in an insightful if not brief piece from No Depression prior to the release of Country Love Songs that:

“I get bored pretty easily with most musical styles,” he admits. “The funny thing is that I only got into country music when I was playing the bluegrass circuit. And now it’s verging on an obsession, as my songs are beginning to show.”

That obsession he speaks of comes out clear and true on his premiere solo release as he jumps from the depths of Roger Miller type humor, to George Jones steel guitar inspired ballads, to songs that were identifiably just Fulksy like “We’ll Burn Together” and “Let’s Live Together.” This was a certifiable country record through and through and while it’s still labeled “alt-country” from my edification I’d call it country while what was dominating the radio at the time was actually alternative to the best traditions of the genre.

Ironically this very idea gets dealt with in the opening track “Every Kind of Music But Country.” Robbie tells about a girl who just ain’t into what she hears on the radio as country but when she sees his band her mind and heart gets changed. She likes it hard, fast and funky and that type of stuff is delivered in spades on this album. Here’s Fulks playing an acoustic version of the song for a Letters to Santa benefit at Second City, Chicago 2010.

Right around the corner from this opening conversion confession Robbie dropped “The Buck Starts Here,” a work Jack Leaver with All Music Guide argued, “just might be the best country song since ‘He Stopped Loving Her Today.'” That sounds like hyperbole but I can see where Leaver was coming from. It’s “Walking the Floor” with the ode vibe of Jones’ “Who’s Gonna Fill Their Shoes?” and it reveals how Buck’s Bakersfield sound can heal a hurting man’s poor heart. If you need further proof on that front check out my look back at Owens’ “Roll Out the Red Carpet.”

Here’s a great performance from Robbie on this classic as he takes his old double pick guarded acoustic and tells the truth:

“The Buck starts here with Hank sure to follow. Turn him up loud and clear, he’s singing my sorrow. Let the sad songs roll on through a house filled with tears. Where the good times are gone the Buck starts here.”

Hell I’m being reminded once again how blown away I was when I first listened to Country Love Songs. That’s one heck of a tune.

Now I’m going to get to that song “Barely Human” that still kicks my ass and trembles my soul, you know the stuff the best country does every time. Here’s the lyrics:

A mouth full of teeth and a head full of brains
Each morning, the soft rush of blood in my veins
The lips taste, the feet walk, a heart pounds within
But I’m barely human after one glass of gin.

What footprints are these in the fresh fallen snow?
And what kind of creature has hurt my wife so?
Who kicked down the front door?
I must have been gone…
I’m barely human from twilight ’til dawn.

She’s fed up, she’s leaving, and this time, for real
But the thirst in my body is all I can feel
So slowly the clock turns, ’til night falls at last
If I’m barely human, I can still lift the glass.

With one sip, the gin hits, and wipes my head clean
And it brings me a vision: a boy of 15
His eyes raised to heaven, his heart strong and brave
But I’m barely human as I fall to my grave.

I don’t think I’ve mentioned the fact that Fulks penned all the songs on this album (except for the previously mentioned “Every Kind of Music But Country” – Tim Carroll *Thanks Zeke for the correction). He gets co-writing credits on “Rock Bottom, Pop. 1” with Dallas Wayne but other than that you’re getting nothing but Fulks. Here is a clip of Robbie making a go at this heavy hitter live at the Mucky Duck in Houston from 2010:

Following this is a three song run that genuinely, at least for me, introduces the essence of what Robbie was doing at the time. Songs that were wholly original and discernibly his. You get a full taste of his influences before this triple shot but with “She Took a lot of Pills (And Died),” “We’ll Burn Together” and Let’s Live Together” it’s something entirely new and great that was coming off the disc and through the speakers.

“Pills” is a fan favorite, “Burn Together” is humorous and a duet in the classic sense but “Let’s Live Together” is the song that I find myself listening to the most as the years pile up on CLS. It’s rumbaish, with fiddle and builds up to an irreverent and defiant chorus, “I don’t know nothing ’bout birthing no babies” he sings straight as an arrow.

The album closes out with more of the same including a beautiful instrumental in the form of “Pete Way’s Trousers” that really accentuates Fulks’ skills on the guitar.

Country Love Songs seemed to, along with Fulks, come out of nowhere, a supercharged lesson in the best of what the genre of country can offer and it still resonates in the same unique and exciting way. This can be construed as a commentary on how consistently uninspiring main stream country has been but it’s more of a nod to what is truly a classic country record.

If you want to keep up with Robbie’s current doings I encourage you to check out his official website which features one of the best artist blogs on the web. I’ll leave you with Robbie giving the audience what they want and need with Pills:

VIDEO “Do They Know It’s Christmas” remade for Ebola relief

Pink Floyd is releasing their first album in twenty years