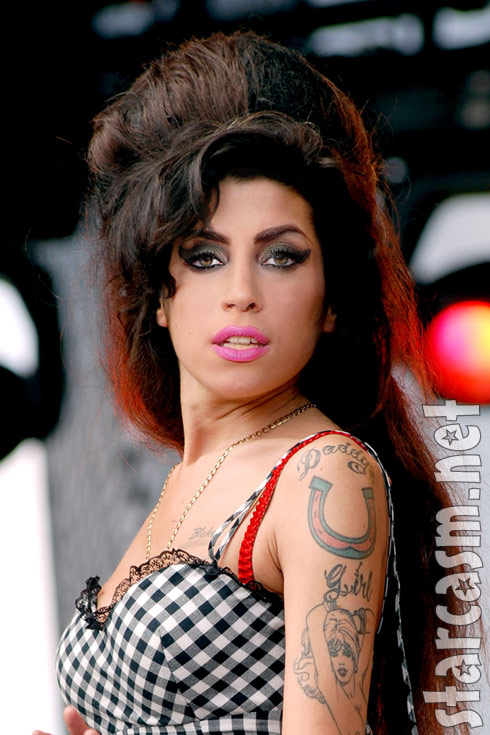 We’re still waiting for the toxicology reports to come back to find out exactly how 27-year-old Amy Winehouse died, but rumors are already circulating about who will play the leading role in the singer’s inevitable biopic film.

There was a whisper that Scarlett Johnasson was in talks, but today there’s an equally unsubstantial, but certainly more plausible rumor that Lady Gaga might play the complicated diva. The UK’s Daily Star claims the pop superstar is in secret talks with film execs, claiming that a “Hollywood Insider” said the following: “Lady GaGa worshiped Amy and would love nothing more than to transform herself into her idol on the big screen.”

For one thing, it might be possible that Gaga could imitate a voice that somewhere in the near vicinity to Amy’s multi-dimensional soulful, jazzy, and emotional singing style. Gaga’s not all polished pop, when she performs “Speechless” or “You and I” live, she draws heavily on jazz, improvisation, and showcases a startling vocal AND emotional range.

Gaga also claims to have been greatly inspired by Winehouse’s eccentric spirit, and was profoundly affected by her death, telling the girls on the view that she couldn’t speak for two days after she found out. She also said that the media should have been kinder on Winehouse.

Even though Gaga reportedly couldn’t speak, she did Tweet this soon after hearing about Amy’s death: “Amy changed pop music forever, I remember knowing there was hope, and feeling not alone because of her. She lived jazz, she lived the blues.”

She kind of looks the part too, our resident Photoshopper mashed images of Winehouse and Gaga to come up with the image above.

Here’s the side-by-side of Amy on the left in the original pic, and Gaga’s face superimposed: 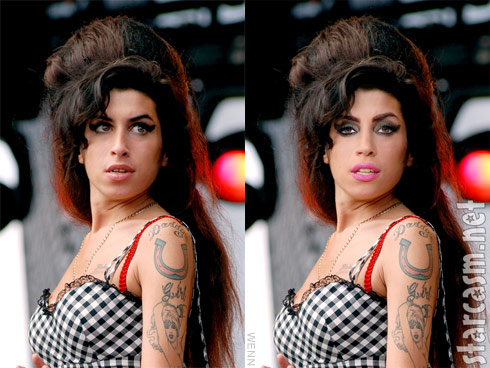