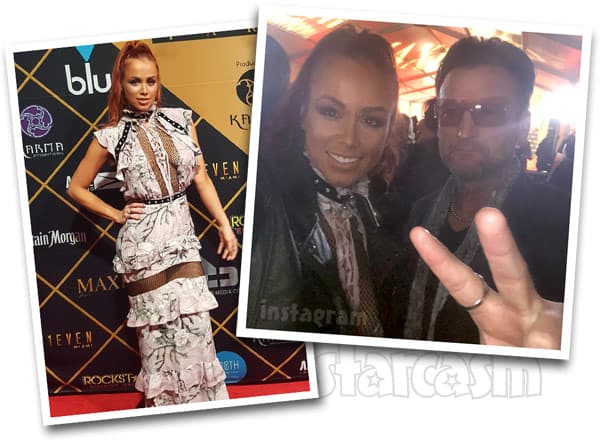 Jet setting 90 Day Fiance star Paolo Mayfield was in Minneapolis this weekend to attend the 2018 Maxim Super Bowl party. Paola shared photos and a video on social media showing off her revealing (and quite controversial) Roberto Cavalli dress while she partied with Bono?!

We will start with the dress. The full-length look featured ruffled floral fabric broken up by revealing black mesh insets and black leather straps with metal eyelets: 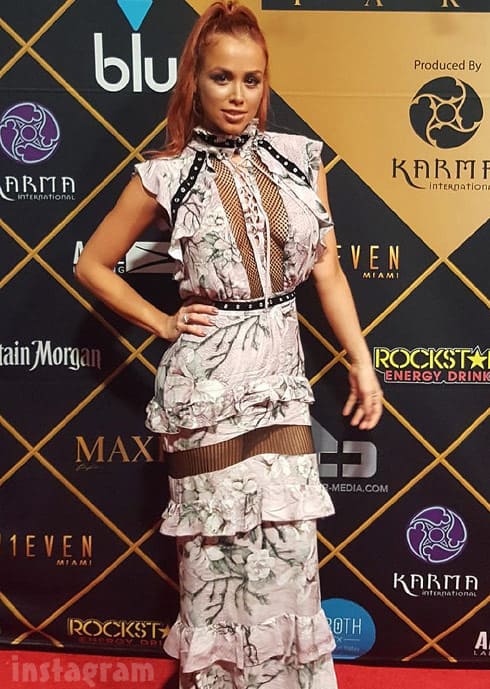 Paola shared a brief video clip in which she can be seen twirling in her look, giving fans a full 360-degree gander — albeit in some rather poor lighting conditions:

“What a wonderful night!” Paola wrote of her experience at the annual shindig. “Perfect night perfect dress!!” she added, along with the #maximparty and #robertocavalli hash tags.

Paola’s dress seemed to be quite the divisive topic of debate in the comments section, with numerous folks expressing their distaste for the look, and others letting Paola know she looked great. Paola engaged with a few of those offering up a negative take:

COMMENTER: Where did you get this dress? ?

COMMENTER: because this dress divided your body in separated peaces. And the colors are strange… you’ve got a good body and you can wear something more stylish…and I want to cut it down the grid line …you should were the things that make you more beautiful not the brands.

COMMENTER: You know that I am not a hater, but that dress is not a nice dress. Looks very cheap! You are so beautiful and your body is amazing!

PAOLA: cheap? Jajaja you know a lot about that right?

COMMENTER: @paola_mayfield probably is not cheap, but it’s looks. And This is not offensive comment!

COMMENTER: I don’t know why no one likes the dress on here?? I love it. Very stylish and fashionable ?

PAOLA: I love this dress and if you don’t like that is ok bc you are not the one wearing it!

I tried to find the Cavalli dress Paola is wearing online, but had no luck. (Searching for fashion is not an easy task!) So what do you think of Paola’s look — did she “make it work?”

Meanwhile, Paola managed to distract everyone from what she was wearing to who she was partying with when she posted a photo with someone who either is Bono, or is trying to look like Bono: 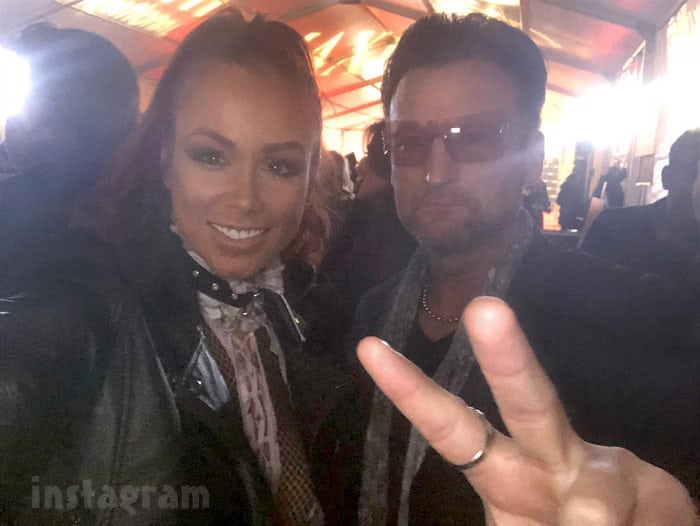 “Paola!…who is that with you?” someone asked on Facebook. “Bono from U2,” Paola responded.

I don’t know for certain, but I’m fairly sure Bono wasn’t at the Maxim Super Bowl party. Of course, I could be wrong because Cardi B was most certainly there and Bono recently expressed his fandom for the reality star-turned rap superstar! Perhaps it really was Bono, and perhaps Pao will soon be leaving Russ for the Irish rocker? It would certainly up her music video modeling career, and who wouldn’t love a #Paono celebrity couple hash tag?

UPDATE – I did some digging and apparently there was a Bono impersonator making the rounds in Minneapolis this week, and he had the same propensity for peace sign fan selfies:

@mallofamerica is this Bono or just a really good impersonator? Can anyone confirm he was there?? #MallofAmerica #BoldNorthMOA #sb52 #Bono pic.twitter.com/sZoAOCYHEc

I saw him too. Petty sure he's a look alike. pic.twitter.com/X0HVWDJ2Tg

If you’re curious how Paola scored a ticket to the Maxim bash, I’m guessing she got an automatic invite after winning one of the international divisions of the Maxim‘s Finest contest last year. It seems like a great way for the magazine to help insure that the babe-to-dudes ratio remains favorable, especially if only one ticket was offered to each finalist. (If Paola and Russ are coming back for another season of 90 Day Fiance: Happily Ever After? then I am guessing this will be a major story line for them: Paola wanting to go to this high end celebrity bash in Minnesota by herself, while jealous Russ thinks its a bad idea. Sound familiar?)

UPDATE – Paola has since responded to those criticizing her (how she dresses, how she looks, how she lives, how she everythings) with a lengthy post on Instagram in both English and Spanish. Here is the photo gallery followed by Paola’s statement:

Too skinny, Too many clothes, you are almost naked, too fat, too old, too much makeup. Wow, it’s always something but unfortunately I’m not here to please you or anyone. I’m here to SHARE my life with you. Thanks for your “opinion” on how to live it though. I didn’t know I have so many fashion designers and stylists in my IG! Happy for you though. I will probably never dress like you and that is ok because I’m not you and you are NOT me! I’m not upset about the “critics” but it’s annoying the way you think it is right to express your opinion on my photos. Rude, mean, and disrespectful. Disregarding those who were nice and not at all disrespectful. So, please don’t get surprised when I treat you the same way you treated me. Apparently being a public figure, for some of you, believe that it gives you the right to say whatever you want. I’m glad that my photos are the space for you to say whatever you want.
Have a wonderful day! #motivationmonday #iknowyouwerewaitingforthis
______________LVYALL________________

UPDATE – Paola’s look has turned into “The Dress” of 2018, and we’d like to thank @90DayFianceFan for tipping us off to The Dress deets! Paola’s look is called “Long Magnolia of My Heart Dress” and is currently available on JustCavalli.com fro a cool $1185. Here’s a screen cap of the dress’s page: 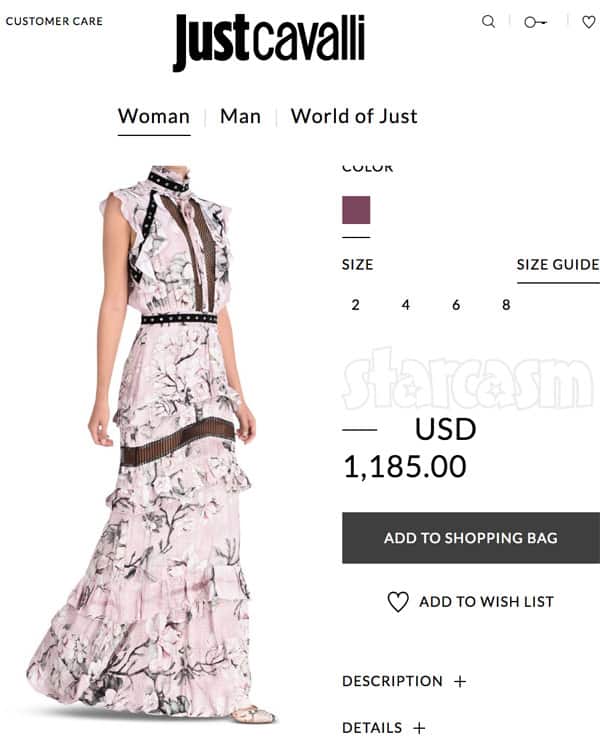